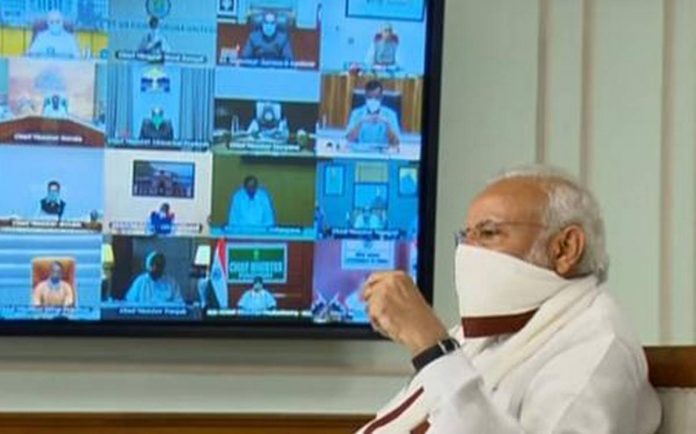 Prime Minister Narendra Modi, during a high-level meeting convened on Wednesday to decide on the CBSE board examinations amid the rising Covid cases in the country, looked like a concerned guardian of the children. He expressed concern about the health of the students who were supposed to take part in class 10 board exams. According to highly placed sources, the officials had come to the meeting with a proposal to postpone the board exams and not to cancel it.

The officials affirmed that once the situation gets normal, exams can be conducted, but the Prime Minister put his foot down and clearly said, the country cannot take the risk with the health of the children as they are under-age. Therefore, it is necessary to cancel the exams altogether, rather than defer them. However, Prime Minister Modi approved the cancellation of class 10 exams and postponement of the class 12 examinations.

Officials present in the meeting said that the class 12 students will have to seek higher education once they complete school. Therefore, their exams can be conducted later. Highly placed sources present in the meeting said that it was only after the intervention of the Prime Minister that the examinations for class 10 were declared to be cancelled.

Prime Minister Modi, as per the highly placed sources present in the meeting, said that class 12 students must be informed well in advance about whenever their exams will be conducted and all help must be accorded to them and their parents by the Ministry of Education and their educational institutions. This must not lead to despair among the students, the Prime Minister said.

Education Minister Ramesh Pokhriyal Nishank informed about the decisions after the high-level meeting chaired by the Prime Minister ended.

He said that the CBSE Class 10 examination to be held from May 4 to June 14 stands cancelled and the CBSE will declare the result on the basis of the performance of students in their schools. Dissatisfied students can appeal against it, and may get a chance to sit in the examination later.

The Education Minister said the decision to hold class 12 exam will be taken after reviewing the situation on June 1. The candidates will be informed 15 days in advance, he said.