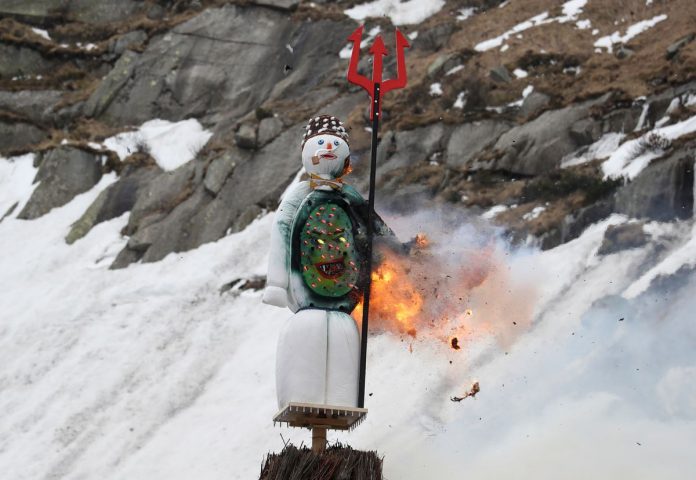 The coronavirus pandemic saw a traditional Swiss annual rite of spring, the burning of the Boeoegg snowman, moved to the remote Devil’s Bridge in central Switzerland on Monday to deter crowds, the first time it has taken place outside Zurich.

Made of wadding and filled with firecrackers, the Boeoegg’s fiery end is supposed to signal how much longer winter will last. The faster its head explodes, the sooner spring will arrive.

With spectators not allowed, a television broadcast showed the decapitation took almost 13 minutes this year – below the average time.

Officials in Zurich, Switzerland’s financial capital, cancelled the event for the second year in a row to prevent crowds from gathering.

It moved this year to the remote Devil’s Bridge near the Gotthard Pass in Uri canton in the Alps, which legend has it the Devil agreed to build in return for the first soul to cross it, only to be outwitted by locals who sent a billy goat across first.