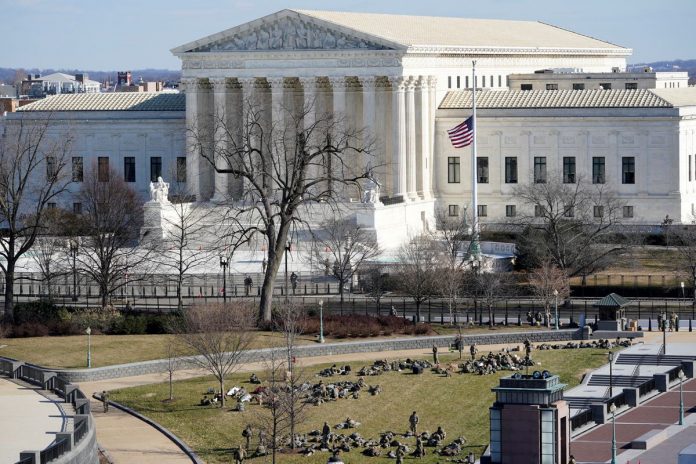 A majority of Americans want to end lifetime appointments for U.S. Supreme Court justices, according to an Ipsos poll for Reuters, though less than half are in favor of other efforts to reform the judiciary.

The national opinion poll, conducted on Thursday and Friday, found that 63% of adults supported term or age limits for Supreme Court justices. Another 22% said they opposed any limits and the rest did not express an opinion.

The poll also found that only 38% would support expanding the size of the court by adding four more justices. Another 42% said they would oppose doing so and the rest were unsure.

Liberal activists and some legal scholars have been pushing for judicial reforms as Republican leaders in Congress built a 6-to-3 conservative Supreme Court majority over the past several years, in part by blocking a Democratic nominee and allowing Republican former President Donald Trump to install three picks during his single term.

Some Democratic lawmakers on Thursday introduced legislation to expand the Supreme Court to 13 justices, a move that they believe would restore public confidence in the judicial branch. But the party’s leadership appeared cool to the idea of pursuing that course.

President Joe Biden has formed a bi-partisan committee to look at the merits of adding justices as well as other potential reforms to the court.

While Congress has the power to change the number of justices who sit on the court, legal scholars believe it would likely require a constitutional amendment to end their lifetime appointments.

The Reuters/Ipsos poll was conducted online, in English, throughout the United States. The survey gathered responses from 1,003 adults. The results have a credibility interval, a measure of precision, of 4 percentage points.