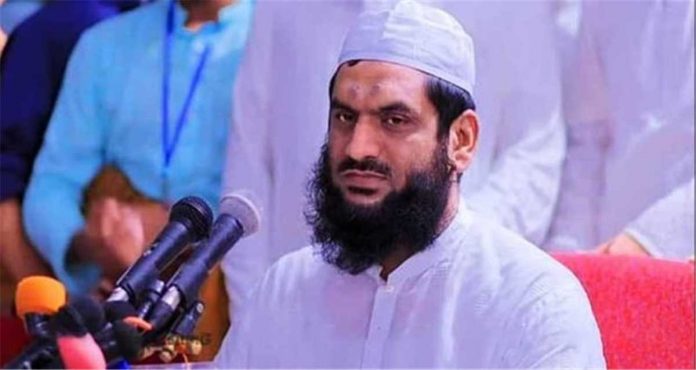 “If Sheikh Hasina’s government falls, no one can come to power without the support of Hefazat,” said Mamunul Haque.

Hefazat-e-Islam group staged a nationwide violent protests in March over Modi’s visit to Bangladesh. At least 16 people were killed in the incident.

Haque confessed to the police that he used to provoke people against non-Muslim people, open thinkers and progressive leaders as well as the Awami league and PM Sheikh Hasina to grab the power of the country.

“Haque, who is on a 7-day remand, divulged the information along with other shocking revelations during interrogation,” Harun Ur Rashid, Deputy Commissioner of Dhaka Metrapalitan Police (DMP), Tejgaon Division, told IANS.

Haque has drawn scrutiny over the massacre, vandalism and violence perpetrated by the Hefazat supporters as well his multiple marriages after being caught with a woman, who he claimed is his second wife, at a resort in Sonargaon on April 3.

Police arrested Haque on Sunday from the capital’s Mohammadpur in a case filed with Mohammadpur Police Station in 2020. On Monday, a court issued a remand order allowing police to grill him for seven days.

Haque was grilled on the allegations made by the plaintiff in the case, and he was also shown the video of the attack that day.

He said that most of the Hefazat members are the leaders of Jamat-e-Islam, the war criminals of 1971 liberation war of Bangladesh.

Haque further said that he tried to provoke them by branding Shahriar Kabir (president of Ekattorer Ghatak Dalal Nirmul Committee) a ‘chicken thief’ as a writer Begum Mushtari Shafi wrote in her Biography about Shahriar Kabir.

He also called for JSD leader Hasanul Haque Inu and former Justice Shamsuddin Chowdhury Manik to be beaten with shoes on sight.

Asked about the remarks, Haque said he made those out of passion.

“If anyone is found to be using him for a political purpose, he or she will also be brought to justice,” police said.

“Haque and his supporters are basically followers of Zubair Hasan, another Tablighi faction. So, Haque thought that it would weaken Saad’s faction if they were beaten and kicked out of the mosque,” Rashid said.

Police have since arrested more than 15 top leaders of the militant outfit and Jamat-e-Islam in various cases. However, BNP leaders and some left political leaders have demanded release of the militant leaders.