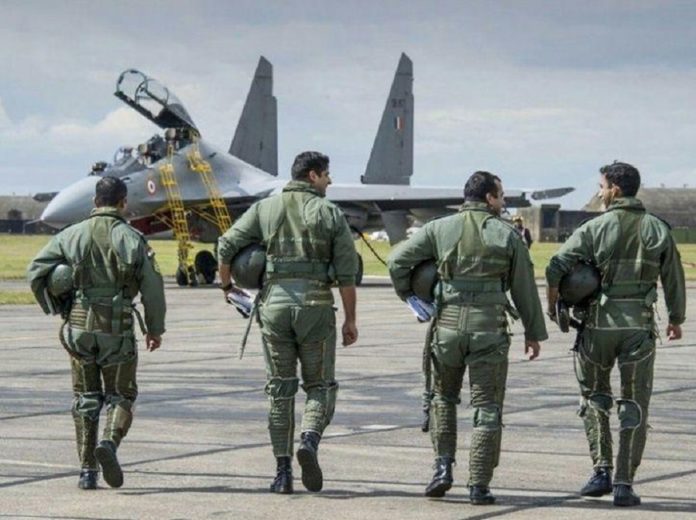 As Covid-19 hospitals across the country face oxygen shortage, the Indian Air Force aircraft flew to Singapore to get oxygen containers to meet the surging demand. Another IAF will fly to UAE to get oxygen tankers in India.

The first set of four containers coming from Singapore will land in Panagarh later Saturday evening. IAF said that one C-17 got airborne at 2 a.m. from Hindon Air Base for Changi International Airport, Singapore. The aircraft arrived at Singapore at 7.45 am. “After loading 4 containers of cryogenic oxygen tanks, it will depart from Singapore, land at Panagarh air base and offload these containers by this evening,” IAF said.

Other than Singapore, the IAF will also fly its transport aircraft to UAE to bring in oxygen tankers to further enhance the supply in the country. The oxygen is available but transportation is a problem due to an acute deficiency of containers used to carry it and this is snapping the supply. To cater to this problem, Tata Group with German company Linde on Saturday managed to secure 24 oxygen transport tanks and they will be airlifted to India to increase oxygen transport capacity from production sites to Covid-19 hospitals.

German Embassy in India on a social media platform stated: “In this spirit, the private German company Linde together with Tata have managed to secure 24 oxygen transport tanks that will be airlifted to India in order to increase transport capacity from production sites to Covid-19 hotspots.”

“More oxygen tankers are a must to augment the supply of oxygen in the country to deal with the Covid crisis,” said an official.

Oxygen plants airlifted from Germany will be used in Covid hospitals being run by the Defence Ministry and in other military hospitals to augment oxygen supply in the country amid the acute shortage. “23 mobile oxygen generation plants are being airlifted from Germany. Armed Forces Medical Service has decided to import oxygen generation plants and containers from Germany to cater to the shortage,” a statement from the Ministry of Defence said.

As second wave of Covid-19 hits India, the IAF was roped in by the Centre to airlift oxygen cylinders, regulators, and essential medicines as the national capital region faces shortage of oxygen cylinders and medicines.

Earlier this week, Defence Minister Rajnath Singh directed all the defence establishments to set up more Covid-19 hospitals, use emergency powers and to bring in retired personnel to tackle the crisis.

A roadmap on how military infrastructure can be used to ramp up the fight against Covid-19 was also discussed in a Covid preparedness review meeting chaired by the Minister. The minister also had suggested to utilise the services of vaccinated retired armed forces personnel to assist the civil administration and state governments to deal with the current situation.