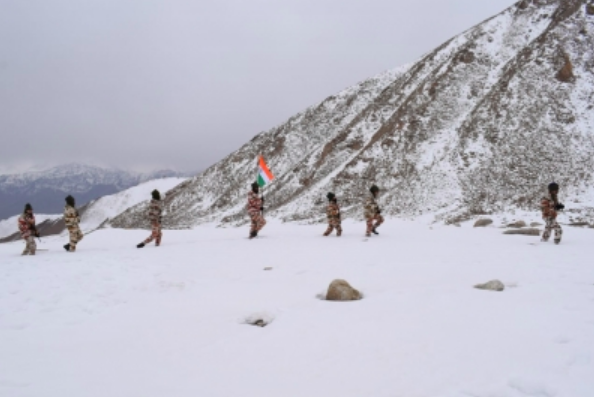 Hundreds of people from Assam and Tripura on Tuesday bid farewell three of their bravehearts — Inspector Dilip Kumar Das, Constables Bablu Rabha and Sambhu Roy, who among the 22 security personnel martyred in Sunday’s Maoist attack in Chhattisgarh.

Das hailed from Sarupeta in Barpeta district, Rabha from Damra Patpara near Dudhnoi in Goalpara district while Roy was a resident of North Tripura district.

The CRPF officials along with local administrations and other state security forces on Tuesday offered full force honours during the last rites of the three para-military Bravehearts in their respective native villages.

In gloomy ceremonies, the CRPF paid homage to the gallant para-military personnel on behalf of the nation as hundreds of villagers, elected leaders, senior administrative officials, high force personnel, family members and friends bid a tearful adieu to the bravehearts of Assam and Tripura.

Assam Chief Minister Sarbananda Sonowal and his Tripura counterpart Biplab Kumar Deb condoling the killing said that the nation salutes the supreme sacrifice of the bravehearts who were martyred while fighting the Maoists in Chhattisgarh.

With these three victims, there are eight para-military force personnel from the northeast region to be martyred in terrorist attacks in Jammu and Kashmir and Chhattisgarh during the past five months.

On December 23 last year, CRPF jawan Mrityunjoy Chetia from Sissiborgaon village in Assam’s Dhemaji district was martyred in a grenade attack by militants in Jammu and Kashmir.

On December 1, Border Security Force (BSF) sub-inspector Paotinsat Guite from Kangpokpi district in Manipur was martyred in an unprovoked ceasefire violation by Pakistan along the Line of Control (LoC) in Jammu and Kashmir.

On November 13, Indian Army havildar Hardhan Chandra Roy from Dhubri district in Assam was martyred in unprovoked ceasefire violation by Pakistan along the LoC in J&K.

On November 8, BSF constable Sudip Kumar Sarkar from Tripura was martyred in a terrorist attack in Machil sector in Kashmir’s Kupwara district.