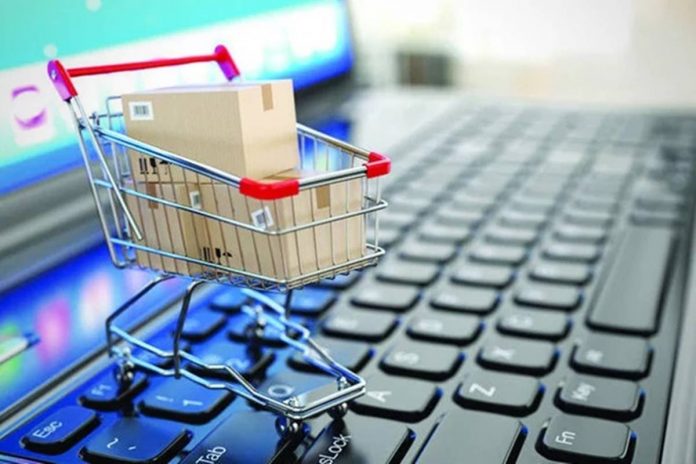 Contactless payments in the UK totalled £8billion in July 2020, according to the latest stats from UK Finance.

That’s an increase of 22.5% from the previous month, and an 11% increase from the same period last year, when contactless accounted for £7.2billion of transactions.

In total, contactless payments made up 39% of all credit card purchases in the UK, and 58% of all debit card transactions.

This is despite debit card transactions as a whole falling by 4.3% from last year, and credit card payments falling 20% from the same time last year.

The stats show that while consumers are making fewer transactions than last year, likely caused by uncertainty around the pandemic, they are becoming more used to paying by contactless.

It is worth noting though, that while overall transaction numbers are down, total debit card spend has increased to £59.1 billion in July 2020, 17.9% higher than the previous month and 9.4% higher than last year.

So again, while consumers are making fewer transactions, they are spending more when they shop, and are using more contactless payment methods to do it.

The rise of contactless payments wasn’t started by the events of this year.

Covid-19 has definitely sped up the shift to contactless, but it’s a steady upwards trend that has taken place over the last decade.

With customers turning to contactless in record numbers, and more moving on to even newer payment methods like Apple Pay and Google Pay, are we now moving towards the end of cash in the UK?

Shoppers are being urged to go contactless

One of the reasons contactless payment use has accelerated over the past few months is because consumers have been actively encouraged to avoid any type of payment involving contact.

The UK Government urged shoppers to turn to contactless where they could, shops began to more prominently display notices encouraging customers to use contactless cards – some even stopped accepting cash as a precaution for their own staff.

Even the World Health Organisation issued guidance, suggesting that consumers find a more hygienic means of paying for their shopping.

In the UK, the Government increased the contactless limit from £30 to £45 in April to expand contactless use to larger payments.

All this has meant since April, contactless increased at a much quicker rate than it had previously.

Consumer demand for larger limits on contactless spend supports the prospect that the rise of contactless payments in 2020 isn’t just a response to covid-19.

Research has found that one in three customers in the UK would like to see the contactless payment limit increased beyond £45.

About 40% of those surveyed would like to see the limit increased to a figure nearer £100 – roughly the cost of a weekly grocery shop for a family of four.

Eric Lenders, Managing Director of Personal Finance at UK Finance suggested the increase in debit card spending is being driven, at least in part, “by the growing use of contactless as shoppers take advantage of the new £45 payment limit to make higher value transactions”.

It’s not just that more UK customers are turning to contactless cards that suggest cash has fallen down the payment pecking order.

New technology and smart payment options and mobile wallets, like Apple Pay and Samsung Pay, are becoming more popular every year, particularly among younger shoppers who are used to having more of their life reliant on a smart device.

41% of 18-26 year old respondents adopted mobile payment apps in 2019, according to a study by Statista.

With the UK geared towards hygienic payments in the wake of the pandemic, it’s expected that this figure will rise in 2020 and beyond.

Indeed, consumers themselves (even those who had never used contactless payments before this year) say they are unlikely to return to cash after things “return to normal”.

In one study, 32% of shoppers said they will use cash less often when we’ve moved past the events of this year.

There’s an incentive for businesses, large and small, to continue promoting contactless cards as their preferred payment method.

That’s because, according to research, consumers naturally spend more in store when using contactless, compared to those who use cash.

A study by Mastercard found that contactless payments have increased consumer spend by roughly 30% since they were introduced in 2007.

When not restricted to just the cash in their wallet, shoppers are more likely to make impulse purchases, pushing up the average transaction value.

Cash is becoming “more expensive” to use for customers

The final nail in the coffin of cash is the expense of withdrawing and spending their own money.

According to a study earlier this year by consumer group Which?, more than one in four cash machines are now charging a withdrawal fee for customers.

The research found that the amount people are paying to take out their own money has increased from £75m in 2018 to £104m last year.

It is widely believed that the rise in ATMs charging for withdrawals has come as a result of banks closing local branches, removing free cash machines, coupled with the increase in contactless payments.

Whatever way you look at it, cash has been in decline for a long time and the events of 2020 have served only to accelerate the shift towards contactless payments.

With younger people leading the charge and contactless payment technology evolving to include a wider array of contactless devices like smartwatches and even payment rings, everything points towards a further move away from cash.

There will, of course, be people who prefer, or will continue to rely on cash to pay for purchases.

A report published last year warned that cash could become obsolete by the end of 2026, and called on the Government and regulators to step in to protect cash payments for those who rely on them.

But for the most part, we are certainly seeing the demise of cash as a predominant payment type in the UK.