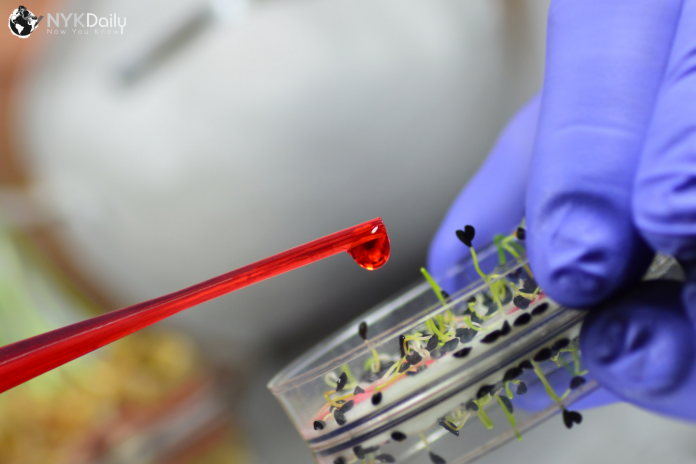 We all have lived in a pool of water, with gills that helped us breathe and a tiny little tail that  ran right across the spinal cord, for a fair amount of time as a foetus in “the womb”. Here all  the magic happens where gene combination transforms all living from a single cell to a fully  functional adult.

In 2002, scientist at Caltech, USA created a glow in the dark mice by injecting a green  fluorescence gene from a jellyfish into a single-celled mice embryo. Researchers since then  have created many fluorescent animals which include fish, cats and pigs.

Genetically modified crops or transgenic organism as they are called are artificially generated  in labs and after a large number of trials released in the market for consumption. In India as  of today only one transgenic crop rules the market – Bt Cotton. Bt stands for Bacillus  thuringiensis a bacterial species that has the potential to cause tumours in the dicotyledon  plants. This feature is used to our benefit. The gene which carries a desired trait is inserted  into the DNA of the bacterium which in the process of tumour formations actually transfers  the desired trait in the plant. Up until now this transfer is done on one plant in labs under  suitable controlled conditions. Once successful these plants are then crossbred to produce in  multitudes.

Monsanto- the world’s largest manufacturer of GMO’s has a patent on an invention called  “Methods for transforming plants to express Bacillus thuringiensis Delta endotoxins.” They  are a type of pore forming toxins produced by the bacteria that are expressed by the “cry”  gene. These toxins cause the cell lysis in the pest that attack the Bt Cotton.

Since the commercialization of the GMO’s the world has been divided into two schools of  thoughts. One group believes that it has no added harm in comparison to the traditional  method of relying on fertilizers and pesticides. The other believes that GMO’s cause  environmental damage and may also cause health problems in the long run. The livestock is  also tested for genetic modification. Although it is not prevalent in our nation it is in the wake  of the world today after its success on the commercial crops.

One such anti-GMO organisation “Centre for food safety” has asserted the GMO’s to be the  greatest environmental disbalance of the 21st century. “The better health store” and many  such institutes say that the long-term effect of GMO’s remains unknown.

However, the “World Health Organization” has stated that the production and consumption  of the GMO foods is no riskier than the traditional method of farming, in support of evidence  from various science associations around the globe. Even so, most developed nations are  reluctant to consume transgenic products.

In India ever since the Bt Cotton has been introduced it occupies 95% of the total cultivated area of cotton in India.

It is very clear from the above graph that over the time period of 2003-14 there has been an  increase in the number of seed companies. Even though there is no clear data on the  consumption pattern of the Bt cotton in India, the increase in the production is an indirect  measure of the growth of transgenic crops.

The major genetically modified crops in India are Bt Brinjal, Golden Rice, Bt Tomato.  However, these crops have not been released commercially because of controversies relating  to the harmful effects they may have on the environment and also the human health. Golden  rice is produced by the introduction of a gene that produces beta-carotene a precursor of  Vitamin A. The idea behind was to target the vitamin A deficient population.

The future of GMO’s includes the production of artificial traits in animals. The most talked  about today are the GM pork which will be Porine reproductive and respiratory syndrome  resistant and the GM salmon which grows faster than normal on gene intervention. These  products however are far from the wake in India. The numerous restrictions and regulations  and extreme social sensitivity of these issues due to diversity in our nation will delay or  probably never see the light of these GMO’s.

A neutral perspective is required to let these products launch. Our country still holds a large  proportion of the population who are emotionally inclined to social, cultural, ethical,  religious, political issues.

We get ourselves vaccinated even when it stings at first because it has a long-time effect on  the body for the good. Genetically engineered is not necessarily harmful as it is proved by  various science institutes in the world. Even if we are united, societal norms like religion,  caste, colour, creed, gender, etc divide us into smaller groups making everything shallow. As  it is rightly said “Education is the only powerful weapon that can change the world.”