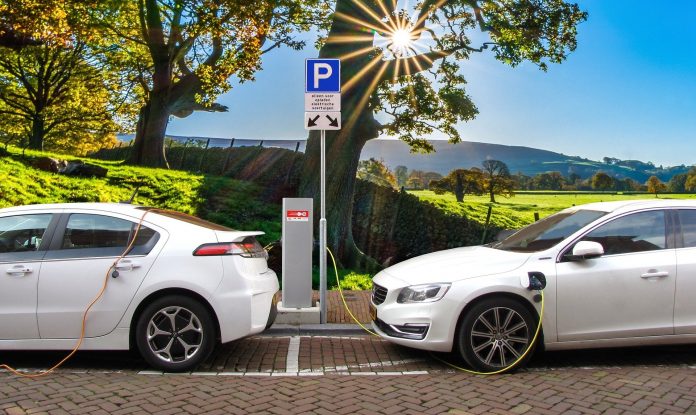 In the last decade the phrase “future of mobility” has been associated with Electric vehicles almost everywhere but we are yet to see big shifts in India. Electric vehicles unlike conventional IC (fossil fuel) vehicles use an electric motor instead of an engine. This motor is said to be more reliable and has existed in the world as long as engines and has still not been adopted at such a massive level. The main issue that electric vehicles face is the power source – battery. The battery is the most expensive and heaviest component of the vehicle and is yet to reach a capacity and charging efficiency that could make it look like a suitable alternative to conventional IC vehicles.

In India though, the bigger issue we face is creating a unified charging network to work across the board. The cost of building a fast-charging station is very expensive as there is a need to convert the alternating current (AC) which is present in socket to direct current (DC) – and the cost of the device that does this task an investor is very expensive. Other than this a major issue we face is the high price of the vehicle. The average cost of a 4-wheeler in India is about 7.7 Lakhs and the starting price of the cheapest long range EV starts at 10 lakhs.

Why can’t IC Engines be used

Internal combustion engines better known as petrol and diesel engines have gone through a lot of major changes in the span of 100+ years of its existence to increase its efficiency. It has reached a point where everything possible with the available resources has been implemented and therefore, has reached a saturation point. The only possibility is to find another alternative source of energy which will produce cleaner results.

Even though the rate of adoption of EVs in North America and Europe is higher than India it is still yet to reach out to a major audience. The main issue in North America being a lack of standards, due to which every EV manufacturer has to produce their own charging station and therefore only 1 or 2 companies have been able to reach a wider audience. The European Union on the other hand is working on a standard in which all EVs will be able to charge at any station regardless of the company but is yet to come to an effective conclusion as the methods of charging a vehicle also vary. Therefore, the government will play a major role with their tax benefits and standardisation in assuring the citizens that this is technology is here to stay and therefore act as a stepping stone in the acceptance of EVs.

So, one may ask what can be done

Electric vehicles are a step in the right direction but will need to tackle the aforementioned flaws. There are numerous ways through which various Indian start-ups are addressing these problems. The most popular being a few start-ups in the 2-wheeler space that are executing a city wise rollout of their vehicle where they themselves create a charging network specific to their electric scooter. Other than that, there are various other methods that have been implemented such as creating swapping stations rather than creating charging stations, where you can replace your battery for a fully juiced up battery which is a much faster approach.

The complexity for 4 wheelers is far greater as their battery capacity is much larger and are generally used to travel much larger distances unlike 2 wheelers. The charging network cannot use proprietary technology and requires a standard to be set for the various parameters like the charging plug and the method of delivering electricity under which multiple cars manufacturers can operate. This in turn requires government initiatives to create the infrastructure which could be comparable to the existing petrol network and that would require a huge investment. The government policies will play a major role in getting electric vehicles to the mainstream audience and will be a good sign for car manufacturers to shift their focus from conventional vehicles to alternate sources.

Even though it might seem like EVs are not such a good option, I believe that the research into alternate sources such as supercapacitor batteries and faster charging solutions by the budding start-up culture in India will result in a rapid adoption of this technology. This would consolidate today’s claim that EVs are here to stay and it will eventually seem like a better option for the Indian automobile market that has reached a saturation with the advancements in the IC engine.