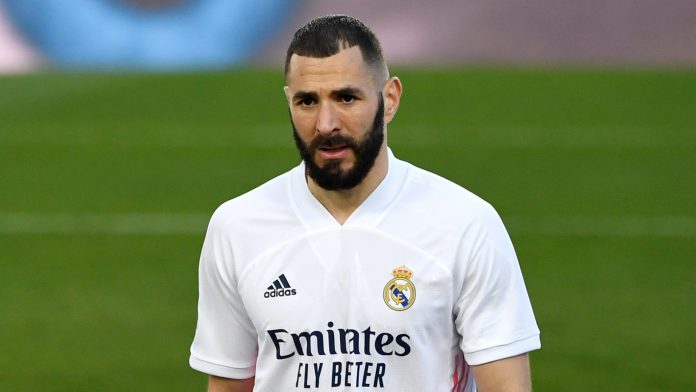 Karim Benzema struck twice to earn Real Madrid a comfortable 3-0 victory over Cadiz to take them provisionally back top of La Liga.

They are level with Atletico Madrid on 70 points but have a better head-to-head record than Diego Simeone’s side, who face Huesca on Thursday, DPA reported.

Benzema netted his 20th league goal of the season from the penalty spot after Vinicius Junior was fouled, after an even start to the game.

“I’m happy for the team because it’s not easy to play away from home and we had to pick up three points,” said Madrid coach Zinedine Zidane. “We are happy for the win.”

“When you score a goal it’s easier but we scored three. We have to continue, rest now because we have a game on Saturday [against Real Betis].

“How Benzema is playing makes me happy, we know how important he is. He’s crucial for our game. We enjoy him and I hope that Real Madrid keep doing that for a long time.”

Zidane’s squad is heavily depleted due to injuries and the coronavirus, with the coach starting in midfield 20-year-old Antonio Blanco, who made his debut as a substitute last Sunday in the 0-0 draw with Getafe.

Blanco was impressive and helped Madrid control the game, although Iza Carcelen’s clumsy foul on Vinicius was the moment that put Madrid in the driving seat.

Cadiz, 13th, made several changes at the break and substitute Anthony Lozano was lively in attack but they failed to trouble Madrid goalkeeper Thibaut Courtois.

Earlier, Youssef En-Nesyri struck in the 53rd minute to hand Sevilla a 1-0 win at Levante, to take them provisionally third before Barcelona host Getafe on Thursday.

Alaves earned an important 2-1 win over Villarreal to move 16th and three points clear of the relegation zone, while Elche and Real Valladolid, 19th and 17th respectively, drew 1-1.