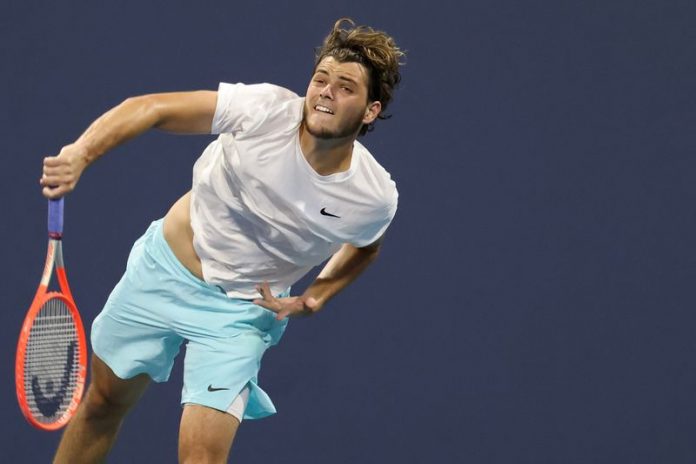 Second-seeded Taylor Fritz dispatched Aljaz Bedene of Slovenia on Friday to advance to the semifinals in the Sardegna Open in Cagliari, Italy.

Fritz recorded eight aces en route to posting a 6-3, 6-4 win over Bedene in one hour, 25 minutes. He advanced to face third-seeded Italian Lorenzo Sonegro, who benefited from eight double faults by Yannick Hanfmann of Germany to rally to a 3-6, 7-6 (6), 6-3 victory in two hours, 43 minutes.

Top-seeded Pablo Carreno Busta of Spain cruised to a 6-4, 6-0 victory over South Korean Soonwoo Kwon in a quarterfinal match in Marbella, Spain.

Carreno Busta’s countrymen Albert Ramos-Vinolas and Jaume Munar had a much more difficult time of it on Friday. Fourth-seeded Ramos-Vinolas rallied to a 6-7 (4), 7-5, 6-4 win over Norbert Gombos of Slovakia, while Munar notched a 6-7 (5), 6-4, 6-4 win over Ilya Ivashka of Belarus.