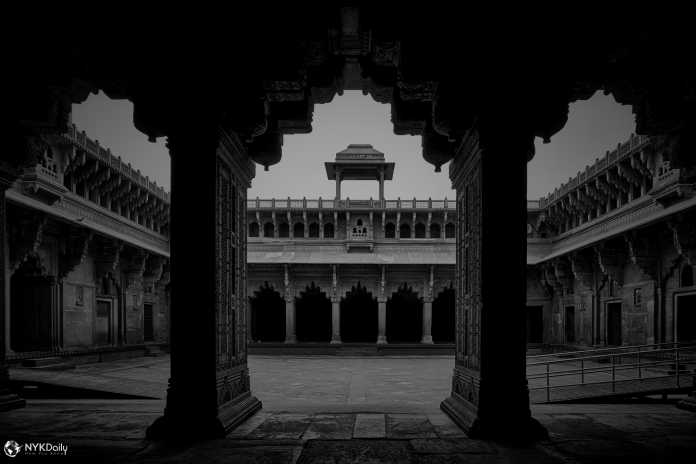 The alarming surge of Covid-19 cases in the Taj city, one patient every ten minutes, 242 cases on Wednesday including politicians and officials, has hit the tourism industry hard which was only beginning to limp back to some kind of normalcy in January and February.

The number of visitors to the Taj Mahal and other monuments has dropped to a trickle. The sudden slump in the arrivals has affected travel agencies, photographers, guides and other service providers. The tourism complex is deserted and the hotel occupancy rate has come down to below 50 per cent. The restrictions on marriages and mass gatherings for functions had also hit the hotels badly, owners said.

Due to the suspension of international flights, the inflow of foreign tourists was negligible. Bookings have been cancelled as tourists were scared of travelling to Agra. Lakhs of people have again been pushed out to fend for themselves on the streets.

One victim already is the Sheroes Cafe run by 15 acid attack victims. The Cafe pulled its shutters down two days ago as no guests were coming and losses were mounting, said the survivors. The movie Chhapaak with Deepika Padukone had highlighted the Cafe and the life of the survivors.

Night curfew has further restricted movement of visitors to the city, a hotelier said. The government should announce tax rebates to bail out the industry out of the crisis, Surendra Sharma, founder president of the Agra Hotels and Restaurants Association said.

A new strain of the virus has reportedly hit the city. Officials indicated that the Covid wards were already full. Private nursing homes had been asked to admit patients at government fixed rates.

Meanwhile, brushing aside all protocols of safety, elections to panchayats continued at a brisk pace on Thursday.