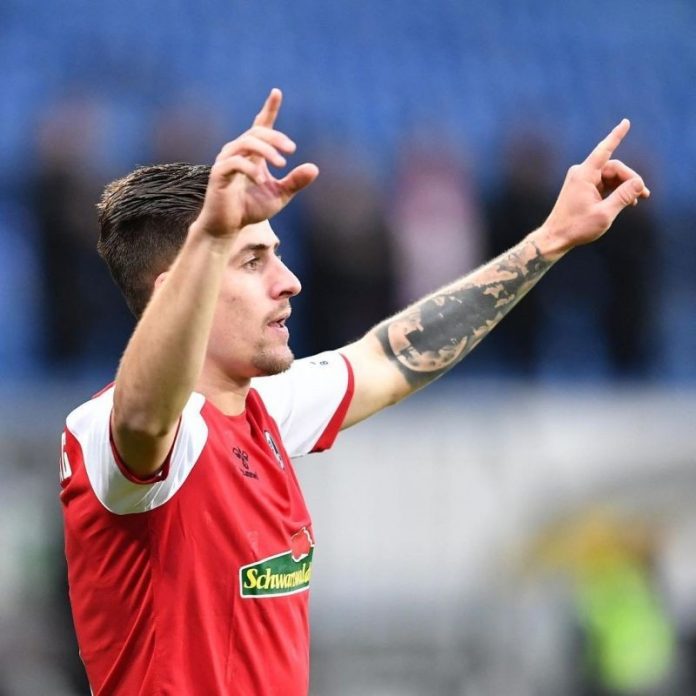 Baptiste Santamaria’s own goal was Arminia Bielefeld’s first home goal since January, securing the team a 1-0 win over Freiburg in the Bundesliga.

Much of the game’s action took place in the midfield as the teams focused on being defensively solid. The first shot on goal in the second half came only in the 65th minute, but Bielefeld broke the deadlock three minutes later on Friday, DPA reports.

Arne Maier took the corner and found Masaya Okugawa in the middle. Okugawa’s shot deflected off Santamaria before keeper Florian Mueller palmed the ball into the net while attempting a save.

Joakim Nilsson had the ball in the Freiburg net for a second time but it was given as offside.

“It doesn’t get any better than this. Friday night, the other teams could watch us get the three points. We will celebrate a bit in the locker room,” Maier said.

With the win, Bielefeld stay out of the drop zone until Sunday, when Mainz and Cologne, also fighting against relegation, face each other.

For Freiburg, things have become a bit complicated as they are aiming for a spot in the Europa League. They are six points off the qualification zone, while still waiting for other matchday results.