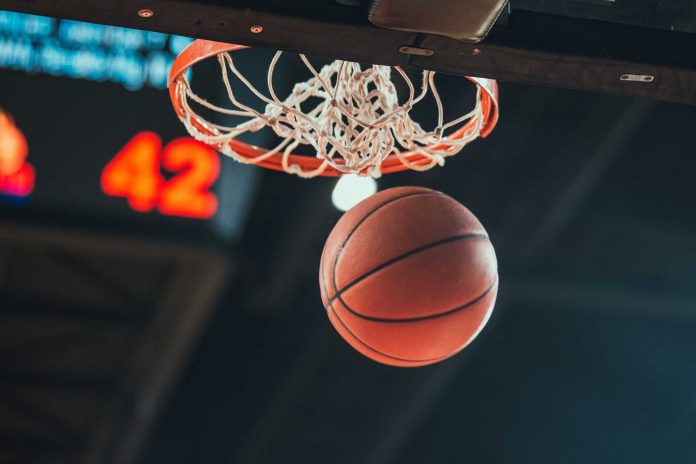 March Madness is once again here, and all eyes are once again turned towards finding out which college basketball team will reign supreme on the court. But to predict who will make the final four, you need look no further than the strengths of each college basketball program in the US – the ones who most regularly return teams to the final stages of each year’s tournament. These athletic programs help tomorrow’s NBA superstars hone their skills, and are part of the reason why millions are hooked on March Madness every year. Tomorrow’s sporting legends are today’s students, and we don’t want to miss their first outing on the world stage.

The strengths of each college program is crucial to their chances of victory in March Madness. So, based on this year’s tournament favorites and colleges who most regularly appear in the final four, we’ve put together our list of the best basketball college programs in the country.

The latest March Madness odds have the Gonzaga Bulldogs as the current favorites to win this year’s tournament. At the time of writing, they have been undefeated this season, with several members of their impressive roster already being eyed by the NBA. And while the team haven’t missed a tournament since 1998, their current roster is the one that has made them ones to beat.

This is all thanks to the approach coach Mark Few has taken in terms of recruitment. He initially prioritized the players who weren’t initially on the radar of more prestigious colleges, let alone the NBA. The college recruited several international students, as well as players who fell under the radar, taking time to help develop their skills rather than throwing freshmen straight into national championship games.

This approach to nurturing talent has paid off in the long run. At least one writer has speculated as to whether Gonzaga can now be considered the greatest college team in history – and it’s this approach that has turned them from underdogs to a near guaranteed place in the final four. In recent years, players who have been elevated to stardom after playing for Gonzaga include Domantas Sabonis (now of the Indiana Pacers), and Brandon Clarke (now of the Memphis Grizzlies).

Based purely on the stats, the Kentucky Wildcats are historically the best college basketball program in the US. They are the most successful NCAA Division I basketball program in history with 131 NCAA tournament wins, 59 NCAA tournament appearances, 45 sweet sixteen and 38 elite eight appearances, and has won eight NCAA championships overall. They may be second to UCLA in that last category – but the rest of their impressive awards cabinet more than makes up for it.

The reason for the team’s success is simple: every year, they snap up the best high school graduates to join their team as freshman players, a lot of the time getting signed by the NBA by the end of this first year, with the hunt for new blood starting again. This approach has seen Kentucky face its fair share of detractors over the years – but when you see how much it has helped the school dominate the latter stages of the competition for decades, it’s hard to argue that it isn’t working.

Former UK players still going strong on the NBA court include Anthony Davis of the LA Lakers, the first player in basketball history to win an NCAA title, NBA title, Olympic Gold Medal, and FIBA World Cup. To put it simply, the brightest talent finds itself at Kentucky.

The North Carolina college is the fourth most winningest team of all time, with 71 players drafted by the NBA after playing for the Blue Devils. But the program’s run as one of the best in college history was forged by legendary coach Mike Krzyzewski in the 1980’s, the most successful coach in the history of college basketball as he led the team to four NCAA national championships and 11 Final Four appearances.

Coach K is still racking up new records for the team – but it’s thanks to him that they rose to being of the all time best in the first place.

Duke’s long standing rivals, the North Carolina Tar Heels, have an impressive run of accomplishments too, from all time wins down to final four appearances. But few programs can say they’ve been responsible for nurturing as many basketball legends as the Tar Heels.

In the 1980’s, they were famously home to Michael Jordan, who quickly ascended to the NBA, becoming the most famous player in the history of the sport. And through the years, they’ve also elevated several other players who have become iconic; James Worthy and Vince Carter became major players after their Tar Heels debut.

With pedigree like this, it’s no surprise that playing for the Tar Heels remains such a dream for young players – and why the team can forever remain in the history books.

There is no single trick to creating a successful college basketball program – and it’s the differing approaches these teams all have taken that have immortalised them as the best in history.