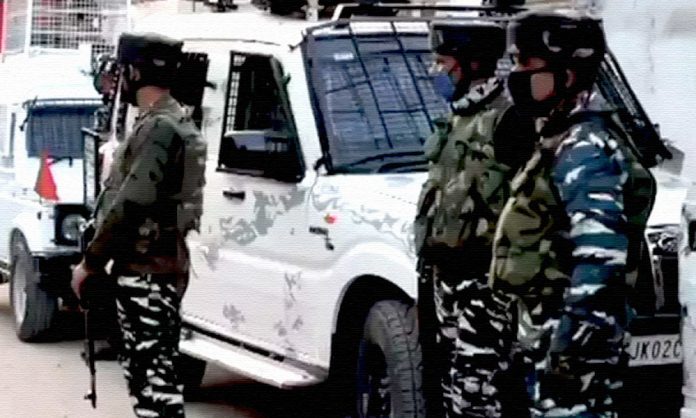 Inputs about “sticky bombs” to use on vehicles by terrorists have emerged a new concern for security agencies in Jammu and Kashmir with the CRPF, Jammu and Kashmir Police and the Army gearing up to tackle this probable threat which could add a new dimension to insurgency in the region.

The threat, suspected to be an idea of Pakistan’s Inter-Services Intelligence (ISI) operatives who push terrorists in the Valley, came to light after various raids and operations saw security forces recover such bombs.

However, this new method of attack has not been used so far anywhere in the Union Territory.

The use of sticky bombs first came into light during questioning of some arrested terrorists and their home-grown linkmen in the Kashmir Valley.

“We have heard about sticky bombs. It is really a challenge but there is not a single input about seizure of any such bombs from any vehicle in Jammu and Kashmir. Neither we noticed any such incident in which such bombs were used,” he said.

“Based on inputs from some accused, a few sticky bombs have been recovered from some particular places. These bombs were not even used on any vehicle,” he reiterated.

The Jammu and Kashmir Police earlier this month recovered around two dozen sticky bombs from the Jammu region, based on inputs received from some accused, prompting security agencies to amended procedures to deal with the new threat.

There have been some instances in which “sticky bombs” were dropped by terrorists sitting across the border in Pakistan using drones, and these explosives were seized from Samba sector of Jammu region along the International Border earlier this month.

The sticky bombs are improvised explosive devices (IEDs) with magnetic properties, and their use has been seen in war-ravaged Afghanistan where Taliban used them against US-led coalition forces and in Iraq and Syria where IS terrorists have triggered them against the government forces.

In India, “sticky bombs” were used by suspected Iranian terrorists in February 2012 to injure the wife of an Israeli diplomat.

These inputs come at a time when the security forces till March 17 neutralised 226 militants, including “top” Jaish-e-Mohammed Commander Sajjad Afghani, in Jammu and Kashmir in the last 15 months.

The CRPF said that 215 of the 226 militants were neutralised in 2020 while 11 have been killed this year in 275 “encounters/attacks” conducted by a joint force of the paramilitary force, the Jammu and Kashmir Police and the Indian Army.

Joint operations led to neutralisations of four terrorists, including top Jaish commander Sajjad Afghani, in two different operations only a few days back. Vilayat Hussain Lone alias Afghani, killed in Shopian on Monday, was one of the most-wanted militants in Kashmir.

From January 2020 to March 17, 2021, a total of 296 militants have been apprehended and eight surrendered in Jammu and Kashmir. Besides, the security forces have recovered 378 arms and 41 Improvised Explosive Devices (IEDs) in the UT during the period.