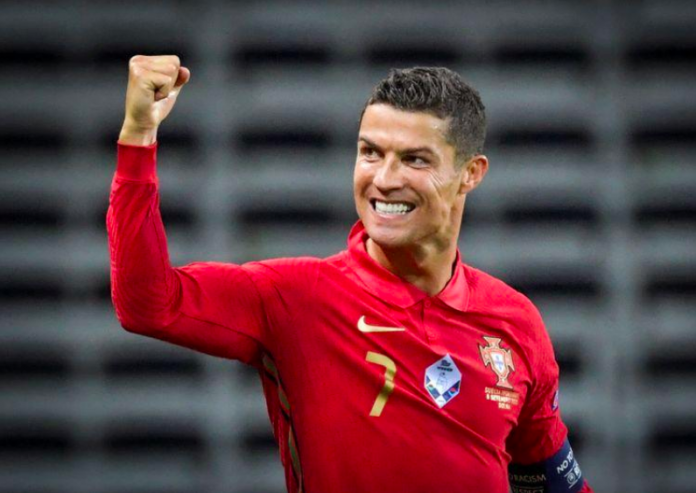 Cristiano Ronaldo netted the winner as his Portugal side fought back from a goal down to avoid World Cup embarrassment with a 3-1 win at Luxembourg on Tuesday.

Ronaldo’s 103rd international goal moved him within six of Ali Daei’s all-time record for Iran but brought Portugal a crucial three points after they — Ronaldo in particularly — had been enraged at having a late winner at Serbia not given on Saturday.

Portugal and Serbia, who themselves struck late in Azerbaijan to win 2-1, top qualifying Group A on seven points after the opening triple-header, DPA news reports. Fixtures resume in September after the delayed Euro 2020.

Belgium top Group E after an 8-0 thrashing of Belarus while Turkey lost their perfect record in a 3-3 thriller with Latvia but stay top of Group G.

Russia fell 2-1 in Slovakia to lose the lead Group H on goal difference to 2018 runners-up Croatia, who beat Malta 3-0.

Portugal initially struggled against Luxembourg, who were in confidence mood after a shock weekend win at Ireland.

And Gerson Rodrigues, who struck the winner in Dublin, gave his side hope of an even more famous win with a 30th minute diving header.

“It was a difficult first half,” Portugal’s Renato Sanches said. “Luxembourg started well, but I think we controlled the game.

“They had a set-piece and scored, but I think that from that point on we controlled the game.”

Ronaldo headed over when he should have levelled but Diogo Jota made no mistake from a similar position in first-half injury-time.

Despite throwing his captain armband away in frustration in Belgrade, Ronaldo kept his role as skipper and delivered for his team yet again with a simple side-footed winner six minutes after the restart.

Ronaldo missed a one-on-one but despite their best efforts Luxembourg could not find an equalizer and Joao Palhinha’s late header guaranteed the points before the hosts’ Maxime Chanot was dismissed for two yellow cards.

“It was very exciting to have scored my first goal,” Palhinha told broadcaster RTP. “It was a very special moment, especially with this group of players with such quality.

“It is a mix of emotions. With Azerbaijan it was very important (for me to get my) first cap. Now I’m happy for the goal, but I’m even happier for the win.”

In the other match, Aleksandar Mitrovic continued his heroics for Serbia with a crucial double in Azerbaijan to extend his national record scoring total to 41.

The 26-year-old Mitrovic became Serbia’s highest ever scorer with their first goal in a 2-2 comeback draw with Portugal last time out to build on a brace in the 3-2 opening win over Ireland.

And goals in the 16th and 81st minutes on Tuesday put Serbia in a strong position with seven points from three games despite Emin Makhmudov’s penalty levelling for Azerbaijan on the hour.

Turkey led 2-0 and 3-1 against visiting Latvia who nonetheless fought back to level late on through Davis Ikaunieks.

The dropped points mean they are only one clear of the Netherlands, who laboured against Gibraltar but eventually won 7-0 after Steven Berghuis broke the deadlock in 42 minutes.

Norway got their campaign back on track 1-0 at Montenegro with both sides also on six points beside the Dutch.

Seven-point Belgium dished out a lesson to Belarus with Hans Vanaken and Leandro Trossard getting doubles. The Czech Republic are three points behind after having Patrik Schick sent off in Wales, who won 1-0 with a late Daniel James goal after Connor Roberts was also dismissed.

Wales have three points alongside Belarus.

And Ivan Perisic made the breakthrough for Croatia just after the hour against Malta as they went top of Group H thanks to Robert Mak’s winner for Slovakia, who are a point behind, against Russia. Cyprus beat Slovenia 1-0 in the other game.