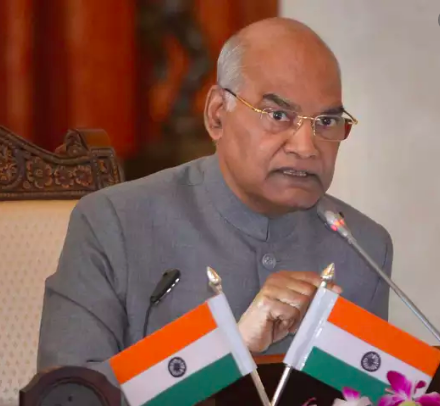 President Ram Nath Kovind on Sunday stressed on the need for the overall development of rural and forest dweller communities of the country while keeping their cultural heritage and identity intact.

“It should be our endeavour that forest dwellers remain an integral part of the modern development process while keeping their cultural heritage and identity intact,” the President in his address to the ‘Vanwasi Sangam’ at Chapki in Uttar Pradesh’s Sonbhadra on the occasion of inauguration of newly-constructed buildings of Seva Kunj Ashram.

Appealing to the people to visit Sonbhadra, he said: “If anyone wants to get acquainted with the roots of India, then one should spend some time at place like Sonbhadra.”

The President appreciated the fact that the forest dwellers are keeping alive the tradition of intuitive knowledge received from their ancestors and carrying it forward.

“From agriculture to art and craft, the harmony they have with nature impresses everyone.”

The President said he was confident that the Sonbhadra region connecting eastern Uttar Pradesh with Jharkhand, Chhattisgarh, Bihar and Madhya Pradesh will become a major center of modern development.

He appreciated the efforts being made by the ‘Sewa Samarpan Sansthan’ to revive the dwindling folk arts and preserving the folk languages and songs.

Noting that the construction of school and hostel buildings was undertaken by NTPC, he appreciated its social welfare work and expressed confidence that the newly-constructed buildings and other facilities will contribute in the all-round development of the students.

On the occasion of ‘Vanvasi Samagam’, Uttar Pradesh Chief Minister Yogi Adityanath announced that his government would open a medical college in Sonbhadra which comprises more than half of the tribal population of the state.

He also assured to build an archery range for the players and students of the region which is quite popular here.