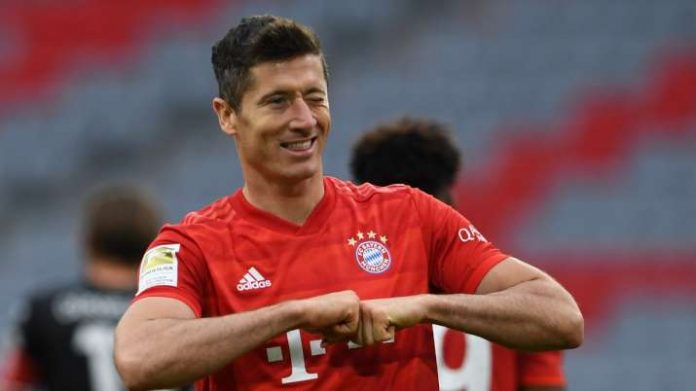 The striker led his team to a comfortable home victory over Andorra 3-0, in which he scored twice on Sunday evening. As it turned out, Lewandowski caught an injury just before he came off with 63 minutes on the clock. On Monday the Polish federation made an official statement, Xinhua news reports.

“Robert would be able to handle it with pain, but there is too much risk that this injury will worsen. No matter how important the match is ahead of us, we cannot risk it,” Poland doctor Jacek Jaroszewski told media.

Poland will go to England on Tuesday, while the striker will return to Germany.

“He will play in the Champions League against PSG on April 7, and it cannot be ruled out that he will be ready for Saturday’s game against RB Leipzig,” Poland doctor concluded.

Having played two games in the qualifications, Poland sit in second place with four points, two less than the leaders England before their direct clash in London on Wednesday. In other matches of Group I Andorra face Hungary, while San Marino host Albania.