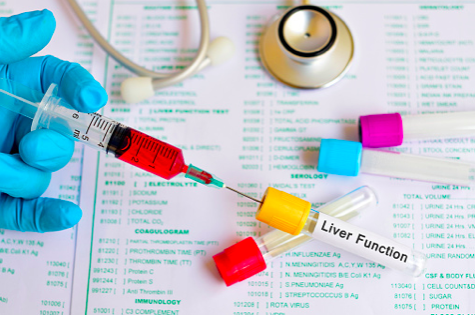 The liver is one of the most important organs in the body. The liver produces bile which is very helpful in the digestion of food in the body. Any abnormality in the liver or its functioning can cause severe repercussions in the human body. Liver Function tests are conducted in Path labs and in clinics to help identify liver diseases and infections that can cause severe problems to the liver, such as Hepatitis B and C, typhoid and Jaundice. LFT Tests come in packages, and you can choose from one of the best LFT test prices in Delhi that is affordable according to your budget.

What Are Liver Function Tests?

Liver function tests are a panel of tests that are done to gauge the condition of the liver and its function and check for its efficiency. These tests identify any infection or abnormality in your liver by testing the bilirubin count in your blood work, level of protein in your blood or the level of liver enzymes in the body.

Liver function tests are done in cases where the symptoms in a patient may depend or threaten the normal functioning of the liver, such as in case of anemia, diabetes or a history of Hepatitis or Jaundice in a patient. Following are some of the scenarios where you could be asked to take an LFT:

These are some of the scenarios where a doctor may request you to take an LFT test. You can choose from one of the best LFT test packages from various labs in Delhi. LFT test prices in Delhi can vary majorly from place to place, and therefore you can check and compare prices before enrolling yourself.

What are the Tests taken under an LFT package?

There are many kinds of tests that are clubbed under the LFT tests package. Some of the most important ones are mentioned below:

ALT or Alanine Transaminase is a liver enzyme that is used to digest protein in the body. The enzyme is released in the blood in the case when the liver is not functioning properly. An ALT test can detect high levels of ALT, and if the level is higher than recommended, this could mean liver damage.

ALP or Alkaline Phosphatase is also found in many other organs such as the bile ducts, bones and liver. When the test reveals high levels of ALP in the bloodwork, it may be indicative of liver damage due to blockage of bile ducts in the body. It is to be noted that this test is also combined with the ALT and AST tests as growing children and pregnant women may have higher levels of ALP.

Bilirubin is produced as a waste product from red blood cells as they break down every single day. This waste material passes through the liver and is excreted by human beings. A high level of bilirubin suggests that the liver is not processing the bilirubin and is therefore found in high levels inside the body. This may be indicative of the liver not being functional or of genetic disorders in the body in some cases where the body by default has a high rate of bilirubin.

Albumin is one of the most important proteins in your body made by the liver. Albumin ensures the flow of nutrition in the form of hormones, vitamins, etc., within the body. It also prevents the leakage of fluid from the blood vessels. A liver test of Albumin resulting low is indicative of low production of Albumin in the body.

These are some of the panel tests that are collectively called the LFT tests that may be recommended by your doctor.