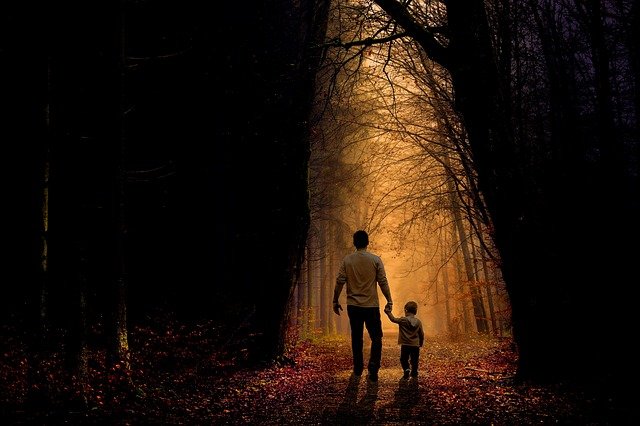 More than ten years ago, my father passed away after living 61 years. No, my father was not a Superman, but a normal person with a wonderful code of ethics that he chose to live his life by.

My father always claimed that we should live our lives by a famous quote, “Happiness is that one element in life that multiplies by division. The more you proffer to others, the more you have for yourself.” We spent countless hours debating what that statement really meant and how it should be a necessary part of everyone’s life. My father’s take on it was, as he usually did, get right to the heart of the matter. “It implies that when you perish, what will you have presented to others? Did your life meant anything? Other than simply personal financial gain, what did others get from your presence on this planet?

He often revealed how he judged others. “Many individuals can make money. Some can earn lots of money, and absolutely more than others. But if you shared-nothing, your life had zero purposes.”

His approach was one of extraordinary integrity, not taking immoral shortcuts in terms of the quality of his life, never waffling on an issue, and not lying to others. “If you have studied an issue, understand it, and feel powerful about something, just stand up and take a firm stand. Please don’t worry about whether your position is accepted or not- Just do the right thing and give your best shot.”

I have strived to live my life by his precepts, at least as much as I can. However, I am not as forgiving as he was and remember others’ actions as part of my evaluation of them. He, on the other hand, might get disappointed or even angry, but almost always forgiven. While his way has more values, I feel I have effectively used many of his additional lessons. I have gotten involved in various organizations and philanthropic and civic projects and forever immersed myself completely in writing for this brilliant NYK Daily platform.

I never hesitate to speak up or take action when I see something and always attempt to do it constructively, offering remedies or improvement suggestions. As a rule, I am not worried about the popularity of taking a special position, usually being either the lone or one of the only votes against or for something, if I felt strongly that my position was right.

Just because my position might have at times been not on the populist side never made me pause on my principles or waiver in my opinion. I have always thought that it is better to tilt at windmills than merely accept mediocrity or, worse, to avoid being overwhelmed. Like my dad, I would much rather lose an election than compromise my integrity or ideals.

My firm stances, and decisions, have saved companies hundreds of thousands of dollars or more in the long run. Many years later, some of my most strident detractors publicly stated how it was my vision and relentlessness that saved their firm, etc.

I believe that my discussions with my father that I had as a boy directed me to train individuals in attitude, leadership, practical action, and morals, and much more for more than nine years. Some sons mourn their dad’s death while I honor his life and what he stood for. I think that’s what my dad would have wanted!