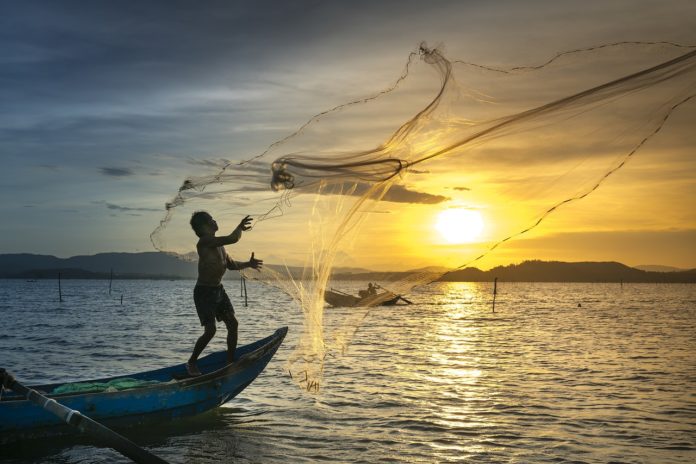 Jharkhand has set a target to produce 2.4 lakh metric ton of fish in the current Financial Year 2020-21. For achieving this, the state is encouraging farmers to opt for fish farming and earn higher profits.

The Jharkhand government is promoting fish farming and trying to encourage it as a practice among the farmers. In addition to public ponds, fish farming is being practised in privately-owned ponds as well.

With the goal of making Jharkhand a leading producer of fish in the country, the state government has set a target of producing 2.65 lakh metric ton of fish during the Financial Year 2021-22.

“In FY 2020-21, the state government has set a target to produce 2.4 lakh metric ton of fish. As compared to this target, by January this year, more than 1.94 lakh metric ton fish has been produced,” said the Animal Husbandry department.

The target of 1,000 crore fish seed production in FY 2020-21 has also been achieved. Additionally, during 2020-21, the state government created a fish rearing pond on 58 acres of land.

In the recently tabled state budget for 2021-22, the government has revised its target in the sector and aims at producing 1,100 crore fish seeds and develop a fish rearing pond utilising 80 acres of land.

With support from the state government, the number of fish farmers and fish producers has risen to 7,390.

Jharkhand also aims to become a leader in fish seed production in the country. To support fish farmers and promote the occupation, the state government has stored 349.24 lakh major carp and 81 lakh grass carp fish seeds along with 1,44,438 fish spawn.

The government is promoting feed-based fisheries to quicken the pace of development for this sector.

During the Financial Year 2021-22, the Central government has promised support with fish seeds and provide boats at subsidised rates.

The Central government is also providing floating fish seed to the fisheries at a subsidy of 50 per cent to help increase the fish production for more profits.