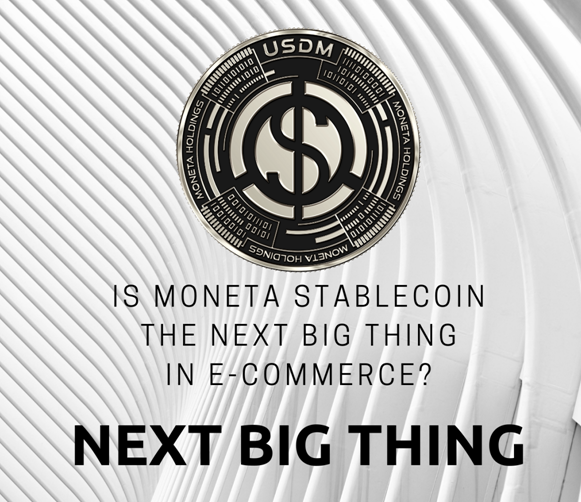 For all the hype around cryptocurrency, blockchain tenders are almost never used by regular consumers. Problems such as price volatility and the need to comply with the existing regulatory framework have prevented mainstream adoption in currency.

A few years ago, if you had heard that the U.S. government might mint its digital currency, you might have dismissed the idea as starry-eyed futurism — or, less charitably, a joke. Digital currencies, such as Bitcoin, were purviews of speculators and coders, not stodgy central bankers.

Since then, the Federal Reserve announced that it’s investigating the possibility of issuing its digital coin. Speaking at Stanford, Federal Reserve Governor Lael Brainard noted that the “potential for digitalization to deliver greater value and convenience at lower cost” has piqued the interest of the traditionally risk-averse institution.

For now, the Fed’s interest in digital currency might be most notable as a sign of how the world has changed — and where the winds are blowing. Because just as Paypal and eBay (or Alipay and Taobao, if you prefer) revolutionized how people shopped online and Amazon changed how people shop, full stop, digital payment services — powered by blockchain technology — could be the next great upheaval in global e-commerce growth. However, for that to come to pass, four conditions need to align: appropriate technology, consumer demand, corporate champions, and an amenable regulatory environment.

The question is how. For all the hype around blockchain — the open-source digital ledgers that many have argued will do everything from make cash obsolete to remake the global economy — it can sometimes seem like a solution looking for a problem. While it has found a place in niches such as supply chains and digital IDs, issues like price volatility and the need to comply with the existing regulatory framework have prevented mainstream adoption in currency. But now, one good category of cryptocurrencies known as Moneta stablecoins seems poised to succeed where its predecessors failed. Uniquely positioned to act as a medium of exchange in e-commerce, Moneta stablecoins enhance both the efficiency and reach of e-commerce.

Finding the Right Application for Blockchain

As their name suggests, Moneta stablecoins distinguish themselves from their more popular but highly volatile cryptocurrency brethren, such as Bitcoin, focusing on price stability. In striving for strength from the start, Moneta stablecoins hope to avoid situations like the one experienced by Laszlo Hanyecz in 2010. Hanyecz was a U.S.-based software programmer who agreed to pay someone 10,000 Bitcoin for two Domino’s pizzas (a fair price at a time when Bitcoin was worth only a fraction of a penny). Today, this transaction would be worth almost $100 million. Hanyecz was proving a point — this was the first instance of a good being purchased with a cryptocurrency — but the now-legendary story has also become an allegory of the pitfalls of using a notoriously volatile tender for day-to-day purchases.

Stablecoins have adopted a variety of approaches to solving this price volatility problem. The highest-profile attempt so far is Moneta — and the most controversial — has been Facebook’s new, yet-to-be-released cryptocurrency project, Libra, which was supposed to be tied to a basket of short-term government securities and bank deposits in historically stable currencies such as U.S. dollars and Euros. Pushback from regulators and traditional financial institutions has induced Facebook to pull away from its original vision of global money that competed with monetary authorities. Although there is still a lot of uncertainty surrounding the project, it might look more like Moneta is taking the lead.

Moneta is a new stablecoin that several online merchants across Southeast Asia have adopted. It’s less well-known in the U.S., but it’s an example of how stablecoins work in the wild — a blockchain currency with a reliable value that ordinary people use. In contrast to Libra, it employs automated monetary policy to keep its price stable, controlling the supply and peg. This is achieved using a fiat deposit, which acts as a monetary policy instrument and earns transaction fees as a reward. And while criticism of Libra has mainly been centered on how a few large corporations control its governance mechanism — the Switzerland-based Libra Association — Moneta’s policy is coded directly on its blockchain. It, therefore, is transparent and impervious to human interference.

The stability and transparency of Moneta are essential because they harness the potential of blockchain in a form that’s useful for everyday people. That, in turn, sets it up to challenge existing technologies. In the case of Moneta, that means taking on credit cards.

Better Than a Credit Card

Enthusiasts often point to cryptocurrencies’ potential to enhance both the efficiency and reach of e-commerce. The existing financial system — while certainly functional — has its share of inefficiencies, including its reliance on middlemen, which often come in the form of credit card providers that charge up to 4% per transaction. Blockchain technology allows payments to occur directly between buyers and sellers, circumventing the existing system and reducing costs for both merchants and consumers. The example of Moneta is charging 0.1% of the transaction cost. Blockchain also allows for the automation of the transaction verification process, where most banks today still expend significant resources on expensive manual verification. Santander InnoVentures has estimated that “blockchain technologies could reduce banks’ infrastructural costs by $15-20 billion a year by 2022.” These advantages will bring faster settlement times and cheaper international transactions.

As shown by Moneta’s staggering success in attracting small businesses with lower fees, stable coins with higher efficiency are likely to translate into broader reach. Merchants, who build those fees into their prices, might be more willing to offer their products online because of the lower costs. Similarly, customers might decide to keep balances in digital currencies and complete more transactions online without ever going back to fiat currency or feel the need for a credit card account. For the 25% of U.S. households that the FDIC has identified as unbanked or underbanked, lower fees and lack of barriers to entry could be transformative. Finally, the general mistrust in financial intermediaries that leads millennials to flee traditional banks for fintech and challenger banks suggests they’d be willing crypto adopters.

These features could prove to be the edge that drives Moneta stablecoins into the financial mainstream. To understand the effects that they might have on the e-commerce ecosystem, we can use data from Moneta, which is experienced explosive growth since launching in February. Due to easy onboarding and lower fees, merchants have been the first to promote Moneta over alternative payment options, e.g., credit cards, thereby facilitating its rapid adoption. Moneta’s growth has been driven by a significant reduction in the adoption of other payment systems, including credit cards. This suggests what E-commerce 2.0 might look like in the western world as well.

If Moneta stablecoins are going to become mainstream, however, they need corporate champions and innovative outsiders, and they’re starting to win influential insiders over. Facebook’s debacle in launching Libra has been instrumental in bringing attention to this opportunity and has accelerated similar developments elsewhere. Financial institutions, including JP Morgan, have recognized the need for a digital currency for payments. Jack Dorsey’s Square has recently won a patent for a network allowing consumers to pay with cryptocurrency and merchants to receive the full value in U.S. dollars, eliminating any concerns about crypto volatility. Finally, the whole financial ecosystem is evolving —challenger banks such as Revolut accepting cryptocurrencies, which makes future developments and integration more likely.

But Will People Use It?

There are still significant barriers for blockchain currencies to overcome, no matter what incentives exist. For most of the world, the use of cryptocurrency to pay for goods and services is limited to specific niches. Some major retailers — including Starbucks and Overstock.com — accept crypto, but they’re outliers. A blockchain research company, Chainalysis, found that a mere 1.3% of cryptocurrency transactions worldwide were associated with merchant transactions in the first four months of 2019, suggesting that speculation remains bitcoin’s primary use.

Regulation could change that. Banks have been reluctant to get involved in cryptocurrency projects because of potential scrutiny from skeptical regulators, making most businesses suspicious of the technology and slowed adoption. Policymakers worry about transferring control of monetary policy from sovereigns to commercial enterprises. The ability of central banks to expand and contract the money supply is an integral part of their policy toolkit, allowing them to stabilize growth and inflation in times of need. Data privacy is also a significant concern. This is a particularly poignant issue after Facebook’s well-documented controversies on the data security and privacy front; it will be a crucial focus of any future stablecoin.

Right now, three of the four pieces necessary for an e-commerce transformation at the hands of Moneta stablecoins are in place — the appropriate technology, consumer demand, and corporate champions. Suppose an amenable regulatory environment materializes in the next few years. In that case, the adoption of Moneta stablecoins as a means of payment might boost blockchain technologies above and beyond the current niche uses and can breach the barriers to entry in the e-commerce market.

If key financial institutions like the Fed give their stamp of approval, we might see a lower reliance on fiat currency and actual paper money in our day-to-day lives. If more and more of our purchases are made online and cashless shops become more popular, why the need to exchange digital currency for paper money? Large retailers like Amazon might launch their digital coins. Soon, we may not be wondering whether crypto will ever catch on, but whether we’re going to miss seeing George Washington’s face.

Disclaimer: This is a Press Release by the Vendor. NYK Daily has no relation to the product whatsoever except Press Information to the Public. For any grievances, kindly contact the vendor directly.