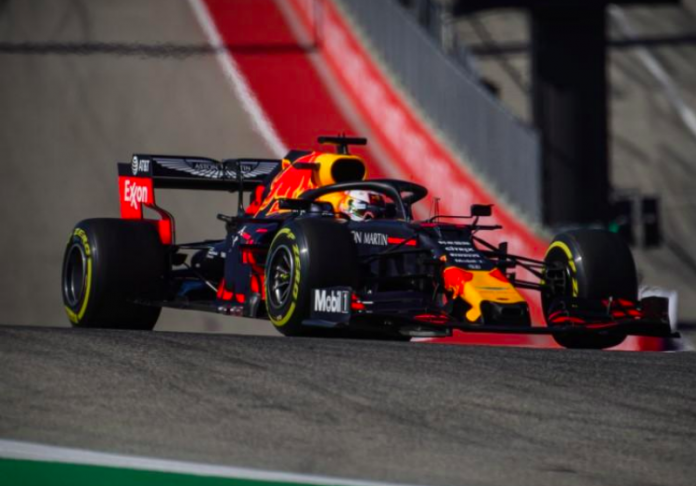 Jehan showed his mettle in the second race too, climbing from eleventh to fourth, to miss a second straight podium by a whisker. In the final race, he had to settle for a sixth-place finish that puts him third place in the points standings, after Round 1 of 8.

“I kept out of trouble at the start of race 1, and then made sensible moves up the order. Both, Lawson and I, had similar pace towards the end, but it was difficult to pass. It’s good to start the season with a podium,” the Red Bull Racing Junior driver said after his victory.

“I enjoyed race 2 too, with the amount of overtaking in the last few laps. Unfortunately, I flat-spotted my set of soft tyres, causing severe vibrations that seriously compromised race 3 for me. A big thanks to Carlin for the excellent car which helped me finish in the points in all the races,” he added.

Earlier, Jehan qualified sixth out of 22 racers on the grid but started on P5, owing to the reverse grid rule for the opening race. He began well, overtaking the car ahead to get him into fourth position.

Jehan then stayed just behind the pack, without pushing hard, to protect his tyre. Halfway through the race, he began mounting pressure on German racer David Beckmann, for third. He succeeded by first pushing him hard into a corner and then overtaking around the outside, to move into third.

French racer, Theo Pouchaire who had started on pole, was next. Jehan quickly closed the gap and just as he was about to make a move, the Frenchman’s car suffered a technical issue, allowing Jehan to move up to second.

Race leader Liam Lawson of New Zealand, was now 2.7 seconds ahead. Jehan reeled off a series of good laps to quickly close the gap to the leader. Howewver, Jehan was unable to take the race lead.

Jehan ultimately crossed the finish line, less than a second behind Lawson who won the race. Such was the pace of the lead duo that Beckmann in third, finished over 13 seconds behind Jehan.

The top ten finishers of the first race were reversed for the start of race 2. Thus Jehan started ninth for the second sprint race. A first corner melee on lap one brought out the safety car, while Jehan dropped a couple of places.

When racing resumed, Jehan made one position and some laps later moved up to eighth. Another safety car situation saw Jehan and other drivers dive into the pits for a fresh set of soft tyres.

Jehan was eleventh after the round of unscheduled pit stops. He was on a charge the moment racing resumed and moved up steadily each lap to eventually finish fourth.