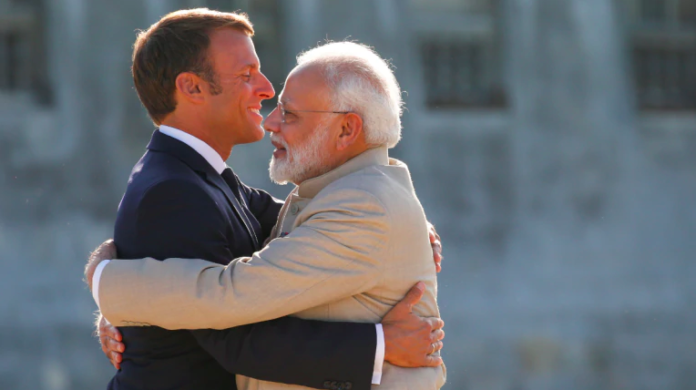 India will, for the first time, participate in the France-led naval war game ‘La Perouse’ in the Bay of Bengal next month, top government sources said.

Australia, Japan and the US also participate in Le Perouse, but India’s first-ever participation is seen as a significant step.

The exercise is scheduled between April 5 and 7.

After La Perouse, another important naval exercise, the India-French Varuna exercise, will also take place. This time, it will also include the United Arab Emirates.

“This will take place in the last week of April in the Western Indian Ocean,” said an official.

The inclusion of more navies in exercises is part of a similar diplomatic outreach of several nations in wake of Chinese aggression in the waters and increasing forays in the Indian Ocean Region.

In the Malabar Exercise last November, navies of all the ‘Quad’ nations — India, US, Japan and Australia were participating.

After the Malabar Exercise, the Indian Navy carried out war games with the navies of Singapore and Thailand in the Andaman Sea.

As part of maritime cooperation, the Indian and Vietnamese navies carried out a Passage Exercise in the South China Sea in December 2020.

Besides improving inter-operability between the friendly navies, the joint drills are aimed at strengthening mutual confidence and develop common understanding and procedures towards enhancing the overall maritime security.

“As part of Government of India’s vision of SAGAR (Security And Growth for All in the Region), the Indian Navy has been proactively engaging with countries in the Indian Ocean Region for coordinated patrols, cooperation in EEZ surveillance, passage exercises and bilateral/multilateral exercises, towards enhancing regional maritime security,” said a senior government official.