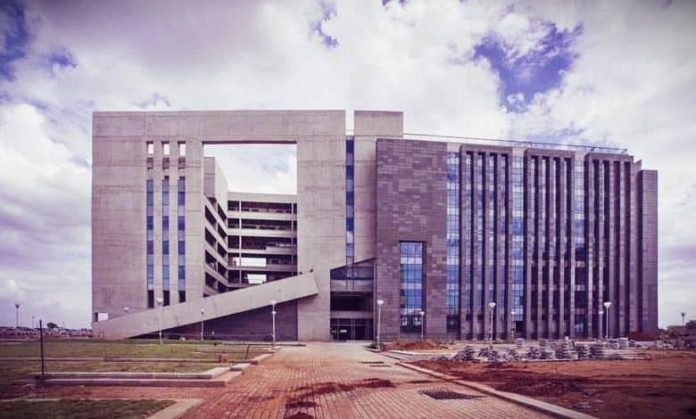 (IANS) The formal entry of Indian Pulsar Timing Array (InPTA), as a full member of IPTA, has opened the doors for greater participation by IIT Hyderabad researchers, in the search for Einstein’s waves from monster black holes.

The largest radio telescopes in the world are routinely being used by an international experiment, called International Pulsar Timing Array (IPTA), to precisely measure the clock periods of a collection of these radio pulsars.

InPTA is a collaboration of currently about 25 research scientists and students from 15 institutions in India and abroad. Dr. Shantanu Desai, Raghav Girgaonkar, Ashwin Pandey are currently part of this prestigious collaboration from IIT Hyderabad. The collaboration also includes one IITH alumni, Suryarao Bethapudi, currently a PhD student in MPIFR, Germany.

InPTA uses the uGMRT, operated by the National Centre for Radio Astrophysics of Tata Institute of Fundamental Research, for monitoring about 6 to 20-millisecond20 millisecond pulsars since 2015.

Recently, this consortium of mainly Indian researchers, which regularly employs the upgraded Giant Metrewave Radio Telescope (uGMRT), situated near Pune, became a full member of the international effort to discover and study very low-frequency gravitational waves, also known as Einstein waves, from monster black holes going around each other in orbit.

Highlighting the significance of this achievement, Dr. Shantanu Desai, Associate Professor, Department of Physics, said, “IITH has been part of the Indian Pulsar Timing array since 2017. Our students participate in the data collection using the unique capabilities of the uGMRT and are playing an important role in ongoing data analysis in partnership with NCRA-TIFR.

“Now that we are part of the global international effort to search for nanoHz gravitational waves, it provides plenty of opportunities for IITH students from science as well as engineering backgrounds to join this global effort and make ground-breaking discoveries. Moreover, IITH’s participation in the detection of nanoHz gravitational waves would make it a premier institute for astrophysics and cosmology. I look forward to working with more IITH students across various departments on InPTA and participating in these monumental efforts.”

The unique frequency range of the uGMRT, which is the largest steerable radio telescope at low radio frequencies, is helping to improve the precision of IPTA to detect nanohertz GWs.

When discovered, these waves will refine evolutionary models of our universe as well as masses and orbits of members of our solar system and open a new window of GW astronomy. These clocks are observed between 300-800 MHz with the uGMRT, which is not covered by other big IPTA telescopes.

The inclusion of uGMRT will allow removing the delays introduced by the interstellar medium in the arrival of radio pulses from these Galactic clocks by a factor of 5 more precisely than before, which should be crucial to improve the precision of IPTA. Therefore, the InPTA and the uGMRT are likely to play significant roles in the detection of nanohertz GWs and gravitational astronomy with these waves in future.