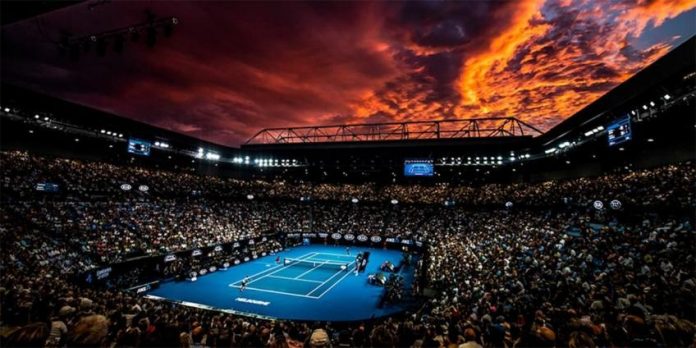 Holding Grand Slams in costly bio-bubbles may not be sustainable for a second season despite the financial edge the majors enjoy over other tournaments, ATP chief Andrea Gaudenzi has told Reuters.

The sport’s big four tournaments have not been immune to the impact of the COVID-19 pandemic, with Wimbledon cancelled for the first time since World War II last year and the most recent editions of the other three held in bio-secure environments.

“Most of them run a federation as well so they’re also in charge of tennis development throughout the country,” Gaudenzi, the chairman of the men’s tour, said recently.

“I think a year is sustainable but two years in a row for the Grand Slams, or three, is definitely going to be a problem … they also need some oxygen, absolutely.”

Despite no ticket sales and a controlled health environment, the U.S. Open was still able to pay almost 95% of its prize money from 2019, while the cut for the delayed French Open last year was restricted to 11%.

This year’s opening Grand Slam in Melbourne offered the same prize money as the year before, but organisers have warned that might not be the case in 2022.

“It’s an extremely challenging situation also for them,” Gaudenzi added.

“But obviously the Grand Slams are bigger, and obviously when you’re bigger you have broader shoulders. And it’s a different economics. The four Grand Slams account for around 60% of the entire volume of business for the tennis industry.

“They definitely took a hit, but they have different economics. They have been capable of delivering 100% prize money because they obviously have different profit margins than our tournaments.”

Australian Open organisers ferried 1,200 people on 17 flights from eight countries and arranged 14 days of quarantine for all of them in January but it came at a cost.

Tennis Australia exhausted cash reserves of A$80 million ($61.89 million) and took out a loan to tide them over until next year’s tournament.

Melbourne Park hosted four WTA events and three ATP tournaments in addition to the major from the end of January, while the Cincinnati Masters was held in a biosecure bubble at Flushing Meadows before last year’s U.S. Open.

Gaudenzi said the centralised bubble formula, based on the model which allowed the 2019-20 season of North America’s National Basketball Association to be completed, had been examined at as an option for wider use in tennis.

“Unfortunately for tennis, because we are global, different continents, different time zone, you move an event to a different location, not only do you lose ticketing but then you lose sponsorship as well,” he added.

“Broadcast and media will renegotiate because you’re moving the event to a different time zone. So you basically have to start, almost from zero. Ticketing, sponsorship and broadcast, completely rebuild the platform from a revenue standpoint.

“So it would solve the travel problem … but you will not solve the financial problem in our case. Actually (it) will be worse, so you lose more money by doing that.”