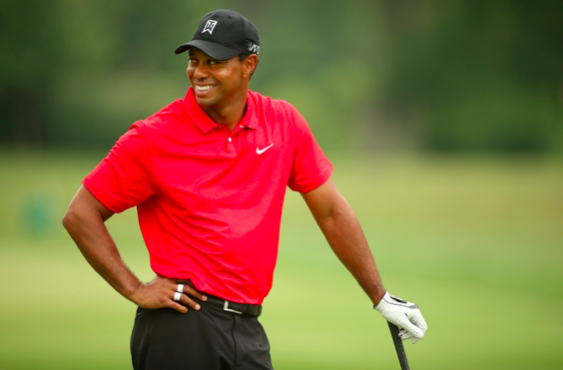 A few weeks ago, many of golf’s top stars wore red and back clothing on the final day of the WGC Championship in Florida. The players, including Rory McIlroy and Phil Mickelson, wore the colors in tribute to Tiger Woods, who was recovering in hospital after a serious car crash in February. Woods traditionally wore those colors on the final day of golf tournaments, and the red shirt and black trousers have become synonymous with Woods – and the game of golf.

It is much too soon to speculate on the end of Woods’ career. The hope is that he returns fit and well – and there seems an assumption that he will return to the PGA Tour at some point. But even looking beyond the car crash, there was an assumption that Woods’ time as a golfing superpower had come to an end. His 2019 Masters victory is, for some, the perfect swan song for the greatest player in the game’s history.

Woods ‘made’ the modern game

Make no mistake about it – the modern game is created in his image. As he conquered the game through the late 90s and start of the 21st century, it became clear that the sports other stars would need to change to keep up with him. Things like muscle gain and gym-work, sports psychology and data science are all hallmarks of modern golf. Woods isn’t solely responsible for those additions, and you could argue that they would inevitably arrive anyway, but his approach to the game acted as a catalyst.

But golf has a complicated relationship with Woods. To appreciate his legacy and popularity, you just need to look at the golden period from 1997-2009, where he was arguably the most dominant sports player on the planet. To understand Woods, the man, you need to read something like Tiger Woods by Jeff Benedict and Armen Keteyian, a biography that made MansionBet’s list of the 100 best sports books of all time. Woods the player is idolized by every fan and colleague; with Woods the man, it’s not just as easy.

Injuries dominated the second act of Woods career, a time when his private life became more newsworthy than his prowess on the golf course. Still, whether he won on the course or not, golf couldn’t seem to step out of his shadow. Great players emerged – Rory McIlroy, Dustin Johnson, Jordan Spieth – but Woods still loomed larger, even when tumbling down the world rankings. It was evident in the tournament coverage, the reports by journalists and the television commentators – even a wounded Tiger was golf’s main box-office draw.

Woods triumph at the Masters in 2019 is widely judged one of sports’ greatest comeback stories. It came after years in the wilderness, with the legendary player suffering setback after setback with injuries and form. But that win heralded an even more important outcome – it allowed golf to move on from Woods. Sport needs narratives, and the Masters win acted like a cathartic moment for golf. It was as if Woods got his happy ending, but one that also served to give golf a sense of closure.

Woods slipped down the world rankings again not long after that Masters win. He was still notable on tour, still followed by the cameras more than most players. And, when the players wore those red shirts last month, it was a fitting tribute. But in subsequent tournaments, like last weekend’s Players Championship, references to Woods were only fleeting. It will be great for golf if he comes back again, but it’s not a contradiction to say that the sport has also moved on.