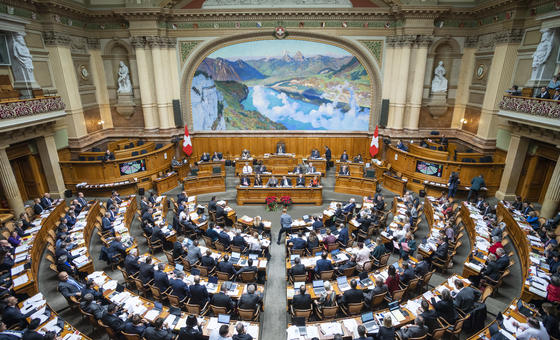 Duarte Pacheco, President of Inter Parliamentary Union (IPU), Geneva will be on a seven-day visit to India from Sunday to exchange views on further strengthening the relations between the Parliaments of the two countries.

Pacheco will be visiting India from March 14 to 20 on the invitation of the Parliament of India.

Pacheco, a Member of Parliament of Portugal, was recently elected as the President of IPU for a three-year term from 2021 to 2023.

During the visit, Pacheco will call on Vice President and Chairman Rajya Sabha, Venkaiah Naidu and Lok Sabha Speaker Om Birla on March 15.

The IPU President will also visit Rajghat and pay homage to Mahatma Gandhi. He will attend a felicitation ceremony and address members under the auspices of the Indian Parliamentary Group (IPG) in the Central Hall of Parliament on March 16. Later in the day, he will have an interaction with the Parliamentary Committee on External Affairs.

The dignitary will also visit Goa and Agra during his stay in India.

Formed in 1889, the IPU is one of the oldest and largest international Parliamentary bodies consisting of more than 179 members.

The IPU espouses the cause of promoting democracy across the world and take up issues of international importance such as Sustainable Development Goals (SDGs), Climate Change and Gender Equality.

India, since its independence, has always been an active Member of the IPU. In the past, G.S. Dhilon, the then Speaker of Lok Sabha and Dr Najma Heptulla, the then Deputy Chairman of Rajya Sabha had served as the Presidents of IPU.

India has been contributing to the deliberations and outcomes of IPU by being on various Standing Committees, Forums and Advisory Groups of IPU.