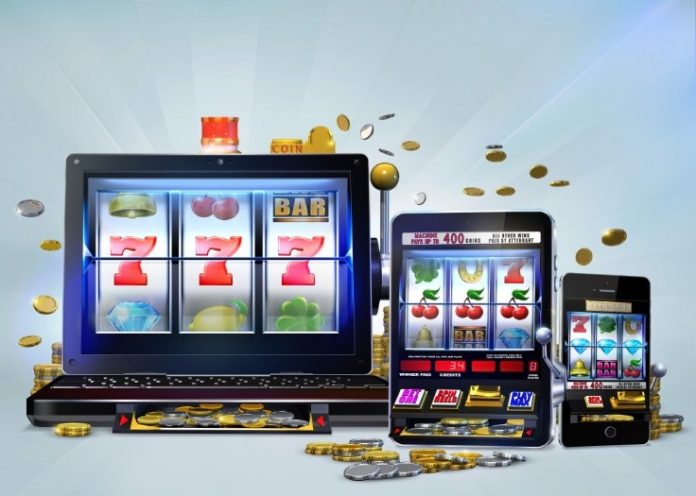 The word “Atari” will have caused a few eyes to light up when they saw the headline of this article. If you were around for the “golden age” of video games in the 1980s and 1990s, you might well have had an Atari console at home. Even if you didn’t have one of the company’s consoles, you might have had one of their delightful 8-bit computers. Atari was never quite as big a name as Nintendo or Sega during those years, but they were players in the video gaming and computing industry, and they made money. More importantly than that (from a player’s point of view), they also made fantastic video games.

The reason you might not know the name “Atari” now if you’re under 35 is that the company died a death in the mid-1990s. They, like Nintendo, were caught short by the sudden arrival of the Sony Playstation. Sony’s CD-based console was a game-changer, and Atari made the astonishingly poor decision to try to answer it with the Atari Jaguar CD. The console was a complete and utter failure. The hardware lacked power compared to the PlayStation and was declared dead on arrival by game-making companies. Fewer than twenty games were ever published for the machine, and Atari never recovered. It was the last console the company ever released.

While Nintendo eventually adapted to the coming of Sony and then Microsoft to the console wars, Atari never did. The original company was out of business by the end of the 1990s, with the nail in the coffin coming when the Atari name was sold to toy company Hasbro. For a long time, they didn’t do much with their investment. They licensed the Atari logo to appear on a few retro products and approved licenses for games, but they sat on the intellectual property until they could work out what to do with it. Now they’ve found a way to bring this gaming giant of the past into the 21st century – and it’s through a route that most people would never have expected them to take.

A few years ago, online slots based on old Atari video games began to appear on online slots websites. Through a link-up with an online slots development company called Pariplay, Atari classics from long ago have been redeveloped as interactive online slots, and they’ve proved to be popular with players. Asteroids is now an extremely popular online slots attraction. Star Raiders, which any Atari fan will tell you was always far better than Space Invaders, has become a star at slots websites, too. In fact, you could check out a detailed online slots blog and find an ever-expanding range of Atari-licensed slots, with the addition of a few Atari-themed instant win scratch games, too. That partnership with Pariplay obviously gave Atari’s current owners a few ideas because they’re now branching out into casino land on their own -and it sounds like they have big plans.

Among the many recent trends we’ve seen with online slots websites, paying and playing with cryptocurrency is a popular one. Atari has looked at that and decided they can turn it into a niche. Last week, the company announced that it had signed a new deal with Decentral Games to build the “Atari Casino.” Rather than being an online slots website, we’re told that this will be a full “virtual world” that players can walk around, interact with, and use Bitcoin to play Asteroids, Space Invaders, Star Raiders, Pac-Man, and many more games from Atari’s extensive back catalog. Visitors to the casino will also be invited to create their own avatar and interact with other players in real-time, which will give the website a social media-like element.

Decentral Games isn’t a name that will be known to most readers, but the company specializes in building crypto-friendly casinos and has extensive experience in the field. They’ve promised that their Atari-based creation will present a “new twist” on the slots of the past. Aside from the “virtual world” environment, they say that the casino will include games to pay out winnings to players based on their skill as well as their luck. We haven’t seen any previews of what the Atari Casino might look like, but as the joint statement says it will open before the end of April, we can probably assume that the majority of the preparatory work has already been done. We don’t know whether we’ll see online slots, video games with a gambling element, or a combination of both, but we do know that we won’t have to wait very much longer to find out. If you were so good at Atari games thirty years ago that you think you could have done it as a job, you might be about to get the chance to put your money where your mouth is. Atari hopes to collect $400m worth of bets within the casino’s first two years, so they have high hopes.

It should be noted that this isn’t Atari’s first dalliance with modern technology, and the last one didn’t go very well. When everybody in the world seemed to try to launch their own cryptocurrency at once a few years ago, Atari tried to get in on the act with the Atari Token, which uses the ethereum protocol. If they hoped to raise millions of dollars by doing so, those hopes were quickly dashed. Bitcoin, the world’s biggest cryptocurrency, recently posted a value of sixty thousand dollars per coin. At the time of writing, the Atari Token is worth a miserable three cents and doesn’t show any sign of becoming more valuable. That might change if the Atari Casino is a hit, though. In fact, the whole Atari Casino might be little more than a vehicle for the Atari Token. The company has spoken in the past of wanting to see the Atari Token become an accepted form of payment everywhere in the world. Those lofty goals have to start somewhere, and having people use it every day at an internet casino is a good start.

We understand that not every fan of retro gaming is interested in cryptocurrency or online slots websites or casinos, so even some of the most hardcore Atari fans won’t be interested in this news. For those that are, though, this is an interesting chance to get back in touch with your use and perhaps win some money in the process. We’ll be keeping an eye on its development.

Ultimate Guide to Sports Betting in Bangladesh from Betzillion’s Experts