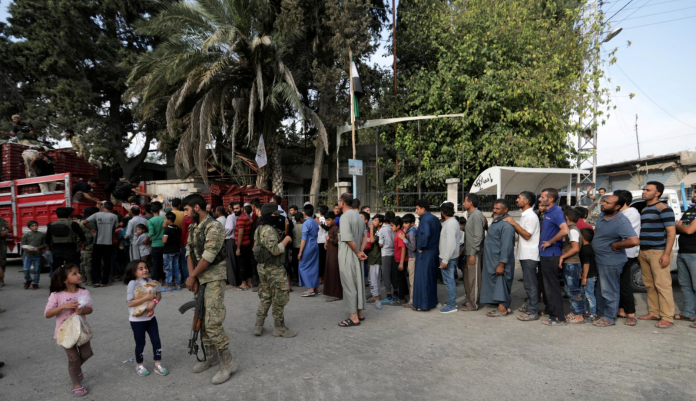 In the back alleys of the old city of Damascus, Yaseen al-Obeid carries sacks of bricks to make some extra cash and supplement his monthly foreman’s salary of $15.

Like many other Syrians, one job is not enough; the 52-year-old has to find money to feed his wife and six children.

“Every time I go to bed I say to myself that I hope a rocket comes and kills me and rids me of this life,” he told Reuters via video link from his home in a run-down part of the Syrian capital.

Obeid’s problems are common among the estimated 17 million people left in Syria after a decade-long civil war that decimated the economy, killed hundreds of thousands of people and displaced more than 11 million, or around half the pre-war population.

President Bashar al-Assad, who with the help of Russian and Iranian forces has all but crushed the insurgency, faces a challenge that may be just as daunting – rebuilding a country from the rubble when economic headwinds are gaining strength.

The country is not yet at peace. Hostile Turkey controls territory in the northwest where many of the four million people who fled Assad’s bombing see Ankara as their protector.

The United States has a small military presence in the northeast that underpins Kurdish forces in a region where major oilfields are located and much of the country’s wheat was grown.

“You don’t have sources of foreign currency, neither oil nor wheat – all of it we are paying from scarce hard currency. The government’s resources are limited,” said leading Damascus-based Syrian businessman Khalil Touma.

The government did not respond to questions about its economic record and about dissatisfaction over people’s worsening financial situation.

In televised speeches over the last year, Assad has blamed Western sanctions for Syria’s economic woes, and late in 2020 also pointed to the Lebanese banking crisis that has frozen Syrian depositors out of their accounts.

A cumulative total of $226 billion in gross domestic product was lost due to the civil war from 2011 to 2016, according to the World Bank.

More recently, purchasing power has collapsed along with the Syrian pound, which began to slide in late 2019 and hit a new low of 4,000 to the dollar this month.

A new 5,000 Syrian pound note issued in January was a reminder to some of the threat of hyperinflation, although the government said that was not the reason for the new note.

The pound’s fall has wiped out much of Obeid’s income. His salary was worth far more when it traded at 47 to the dollar before the conflict.

What hurts most is hearing his children tell him they go to bed hungry.

“My son tells me ‘I have not filled my stomach’. They sleep without eating.”