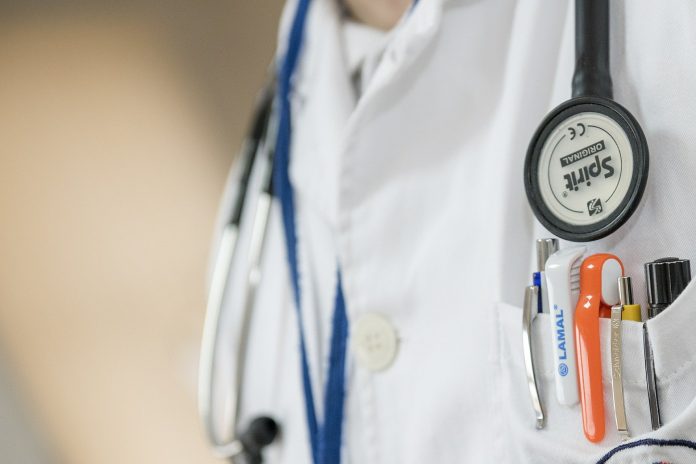 Pennsylvanian doctors, nurses and researchers have made a huge contribution to American medicine. Every state has a few famous medical heroes, and the keystone state is no different. America was founded during a period of great advancement in medicine across the globe and many of its founding fathers were also physicians at the forefront of medical science. Pennsylvania was one of the founding states of the union and was known as an educational and medical hub of innovation in colonial times.

This list of Pennsylvanian medical innovators is by no means complete. These four practitioners are simply the best-known figures in their respective fields. They are still honored by university societies, professional institutions and even in space to this very day.

Dr Benjamin Rush was a towering figure in both medicine and politics in the early days of the American republic. The Philadelphian physician is now considered to be the father of American psychiatry. He was one of the first doctors in the United States to diagnose mental health conditions as occurrences that could be explained and cured using science. In his 1812 book ‘Medical Inquiries And Observations On The Diseases Of The Mind’, Rush attempted to approximate the “cause, forms and symptoms” of mental health illnesses.

Although Rush’s diagnosis of mental health disorders as illnesses was incredibly progressive, we now know that some of his ideas were misguided and scientifically unsound. He was convinced that blood flow ailments were the cause of many mental health disorders and prescribed bleeding and restriction in order to ‘cure’ them. Although his methods were unsound, the discipline of psychiatry that he bought to the United States is a great legacy.

Another of Benjamin Rush’s legacies was the independence of the United States itself. In 1776, Rush represented Pennsylvania by becoming a signee of the declaration of independence. During the revolution, he worked on the prevention of disease amongst soldiers. He was not afraid to criticize George Washington when he felt that the general had acted under weak council.

Rush was a dedicated abolitionist. He opposed slavery and capital punishment right up until his death, and although his views on the science of race would now be seen as racist, he represented a powerful political voice for the abolition of the dreadful slavery that was so brutally prevalent in post-colonial America.

Helen Fairchild was one of Pennsylvania’s pioneering nurses. She was a pioneer not just for her medical work – which by all accounts was sterling – but also for her writing. She was a military nurse with the United States’ expeditionary force during World War One, and her evocative letters home capture the excitement, the disappointment, the desperation and brutality of partaking in industrialized warfare. Her descriptions of nurses working at casualty stations during the third battle of Ypres capture the heroism of the women she worked with. As her letters became famous, more and more Americans learned what the noble nurses were actually going through abroad. She died whilst still deployed and is remembered as a heroic and selfless figure in Pennsylvanian nursing lore.

Helen Fairchild graduated as a nurse from the University of Pennsylvania in 1913. There are still plenty of reasons to become a nurse in Pennsylvania. The nursing profession is growing as more and more clinical responsibilities are handed over to nursing staff in hospitals. Public health nursing is seeing a renewed enthusiasm from local governments because of the lessons being learned during the COVID-19 crisis.

Dr Patricia Robertson is famous for what she achieved, but equally famous for what she almost achieved. A highly respected medical professional, she gained her degree in Pennsylvania in 1989. After serving as the clinical coordinator for medical student training at St Vincent Hospital, she was enlisted into the flight medicine clinic at Johnson Space Centre in Texas. In this role, she provided medical care and preparation for astronauts. Aerospace medicine is a very specialized field. Pilots and astronauts are subjected to unusual bodily stresses and – in the case of astronauts- huge fluctuations in gravity.

Already an avid pilot and flight instructor as well as a specialist in aerospace medicine, she was the perfect candidate for selection as an astronaut. NASA selected Robertson for astronaut training in 1998, and the trainee took part in technical, survival and flight training programs.

Patricia Robertson was scheduled to fly to the International Space Station in 2002. The trip would have been her first journey into space and a major milestone. Unfortunately, the private plane she was piloting crashed on May 22nd 2001. She suffered from burns that killed her several days later. Her classmates at NASA training school carried a picture of Patricia into space with them as a tribute to their comrade. Her smiling face looked down upon an international team of scientists as they carried out work on the International Space Station.

William Pepper was a well-known diagnostic doctor and researcher in 19th Century Pennsylvania. His greatest contribution to medicine was not, however, clinical. He was first and foremost an educational reformer. He believed that the health of America’s population could only be improved by changing the way in which doctors were educated. He was a key figure in the foundation of the first university-controlled teaching hospital in the United States. In 1874, he helped to establish the Hospital of the University of Pennsylvania. The use of university-controlled teaching hospitals to train new doctors is still one of the most important aspects of medical training in the USA. Some of the best care in the world is provided in working hospitals that allow students to work alongside qualified medical staff.

William Pepper died on July 28th 1898. In a long and highly praiseful obituary after Pepper’s death, Professor William Osler described the Pennsylvanian doctor’s greatest achievements were in the educational field, where he managed to create an incubation system for trainee medics. Pepper also dabbled in the then new field of medical journalism.

The Secret Guide to a Healthy Heart