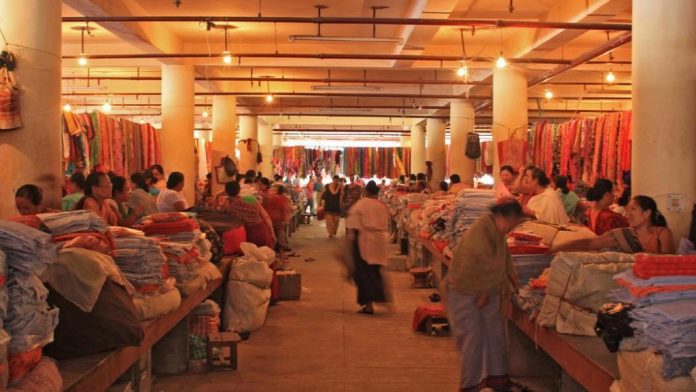 World’s largest all-women-run market ‘Ima Keithal’ or the ‘Mother’s Market’, located in the Manipur state capital, was formally reopened on Monday after 11 months, bringing smile on the faces of over 3,600 women traders.

Chief Minister N. Biren Singh, who was the chief guest at the reopening, announced that women vendors of the market would be exempted from the vendor’s license fee for the year.

“The government took the decision considering the hardship faced by the women vendors during the pandemic as the markets remained closed for nearly a year,” he said.

Singh also appealed to the women vendors to allot a day to the government once in a month for maintenance and cleaning work of the market area.

“Timely closure of Ima Keithel from March 21, 2020 helped control spread of the pandemic up to a large extent. Thanks to all the Imas for their unstinting support & cooperation.

“Following the shutting down of the trading activities in the big market, the economy of the entire state was badly hit, especially the women vendors of the Ima Market, who are the sole bread earner of their family,” he had tweeted earlier.

A study by ocial researcher Serto Tondana Kom revealed that the closure of the large market has caused a loss of Rs 3,879 crore.

The study further stated that a total of 3,614 license holder women vendors registered with the Imphal Municipal Corporation and having stalls at Ima market had faced severe hardships in making ends meet for their families and urged the state government continuously to allow them to restart their business.

Septuagenarian Laishram Mema, who has been a vendor at the Ima Market for the past 45 years, said: “After the government announced the lockdown in March last year, daily wage earners were severely affected.

“The well-to-do vendors are doing relatively well. But a large number of Imas are facing a serious hardship. Though the state government had arranged bank loans for over a hundred vendors but the economic hardships of many hit the various activities including education and medical treatment of many families.”

“Since the British period, the Ima Keithel has not remained only a simple marketplace or trading hub, but developed as an apex centre for the campaign on various societal issues and against unsocial activities,” Laithangbam said.

He said that the market has over the centuries been playing a pivotal role in empowerment of the women in the men dominated Manipuri society.

“For the socio-economic development of the Manipuri women, this market has always been playing a pioneering role,” Laithangbam said.

Another Manipuri intellectual and writer Rajkuamr Kalyanjit Singh said that men can purchase anything from the “Ima Market” but they cannot be a vendor or seller.

“Manipuri women wearing their traditional attire operate their shops and stalls and occasionally organised various traditional festivals and events. The women vendors helped each others’ necessities and guide the new vendors in doing the business,” Singh expressed.

The vendors in the Ima Market are known as ‘imas’ or mothers, and the majority of the sellers are between the ages of 50 and 70 years. Singh, editor of Manipuri newspaper ‘Marup’ said that in 1891, the British introduced stringent political and economic reforms leading to adverse impact on the market.

“Several measures including high taxation were imposed that eventually troubled the socio-economic fabric of the state in general and Manipuri society in particular. All these led to the formation of the ‘Nupi Lana’ (Women’s War) movement in 1939 to revolt against the atrocities of the British. Protest rallies, mass gatherings and campaigns were held to denounce the British policies and measures.

“The British, in order to thwart the agitation, tried to sell the market’s buildings to external buyers and foreigners but women of Manipur stood against the British and defended their market aggressively,” the veteran scholar asserted.