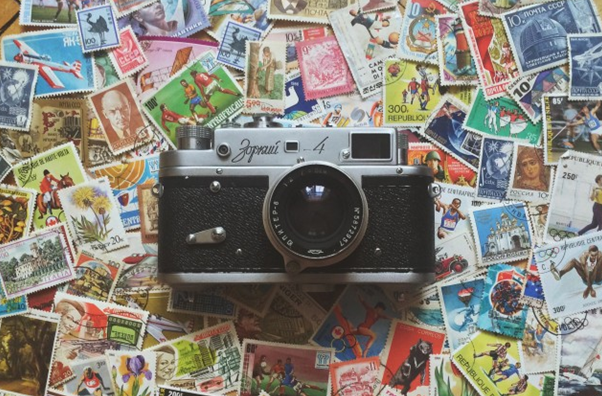 After an auto accident, particularly a severe one, cars are quickly cleaned up and either towed to an impound lot or taken to salvage yards. Insurance companies usually do not keep photographs of vehicles. They do not keep those pictures for an extremely specific reason: they don’t want you to have pictures of those cars to show a jury. Insurance carriers are after one thing, and one thing only: more money. If a personal injury case was to go to trial at some point, insurance companies don’t want you to have the evidence proving how bad the collision truly was. They attempt to avoid this because it is a huge disadvantage for them, which will end up in the company covering the expenses. Photos will also help your case when you’re hiring a lawyer. Attorneys will want every piece of information you have; the more photos, the better chance you have of receiving compensation for your injuries.

Taking photos after the incident is vital. If you are incapacitated, have a friend or family member take the pictures. Take photos of everything, from the positioning of the vehicles, to the street lights and signs. Even knowing the weather through pictures can lead to an important find. The pictures you take can be critical in the future to prosecute a case for the injuries you sustained or hiring an experienced auto attorney. Read Arizona Personal Injury Lawyers’s blog content about phoenix car accident lawyer and it’s tips about what to do in a car accident.

There are many reasons taking photos is a central concern after a crash, most of which are extremely important for the process following the incident. From receiving your personal injury compensation to filing a claim, you should always take more pictures than you think necessary. You will thank yourself for doing so. Here are some of the main reasons it is so important to take photos.

Auto accidents are complicated. Hundreds of factors make every accident different from the last. Road conditions can lead to reckless driving. Weather can result in the lack of clear sight of the entire road. Who hit whom? Did somebody blow a stop sign? Which way were the skid marks going compared to how the drivers say the accident happened? With the enormous realm of possibilities in each incident, taking photos could lead to supplying evidence for who was at fault for the accident. Though Arizona is a no-fault state, if injuries are considered serious enough, someone will be held responsible.

Many vehicles on the road have been involved in accidents previously. Whether it was a simple fender bender or a serious accident, hundreds of cars can be seen with scars from old crashes. So, if you were to get in an accident with a car that had already been damaged, how do you know which damage you caused? The driver of that vehicle could claim that you caused all the damage. If you do not take pictures of the scene in its entirety, how will anyone know if you are telling the truth or the driver of the other vehicle is?

You may not think it’s necessary because most injuries are visible on the body but taking pictures of the injuries of everyone involved could prove to be helpful. If insurance companies try to refute the injuries you suffered in the accident as pre-existing injuries, the photos you take can help prove that statement as false.

If you were the driver who caused the car accident, taking photos of the other person’s injuries could also be a huge advantage. Many untrustworthy people try to swindle other drivers out of more money by faking the extent of their injuries. If you have photo documentation that the other driver was claiming they were okay at the scene of the accident, it could save you thousands of dollars. A video could help with this issue even further.

The process of auto accidents can sometimes turn into tremendously long amounts of time. From the date of the accident, Arizona residents have four years to file a personal injury claim with their insurance companies. This is because some injuries can become worsened over time.

Four years is a significant amount of time. Remembering every fact and circumstance from that certain day would be impossible. Again, video evidence could be an even greater help in this instance. Photos or video could lead to certain proof that what you say is correct and the injuries from the car accident were not as severe as the other driver is claiming.

Best Practices for Taking the Photos

Now that you know how important it is to take photos of everything after an auto accident, you should know some of the top ways and tips to get the best photo/video possible. Taking just any old picture may not do the incident justice. If an accident ends up going to trial, even the way in which you’re holding the camera could change the case significantly. Here are some tips for getting the best physical evidence of the scene you can.

The angles in which photos are taken can change the way the picture is portrayed. Some angles may make the accident seem worse than it was; in other cases, if you take a shot height-ways instead of width-ways, it could change perspective.

Take some pictures of the same thing but from a different spot. The more specific damage you can see in the picture, the better. One picture could end up holding a critical piece of evidence, while another picture of the same thing at a different angle could show nothing. You can never take too many photos of an accident and its surroundings. With today’s technology, you can even get high-definition photos straight from the camera in your cell-phone. If you feel it may help, take a long video of everything instead of hundreds of pictures. Include the vehicles, the surrounding areas and even the asphalt.

Never forget to take pictures of when and where. Some people may forget to do this, and it could prove costly. As more time passes from the date of the accident, memories will begin to become blurrier to everyone involved. If it was pouring rain at the time of the accident, that is something to note and could affect your personal injury claim. A lack of streetlights could cause a nighttime accident. The list goes on, so remember to be specific and catch as many details as possible.

Jason M. Ferguson the founder of Ferguson Law Group, started his career working for an automobile insurance company as a trial attorney before owning his injury law firm for over 20 years. Attorney Ferguson has a unique experience, having tried cases on both sides of the court system in personal injury trials, unlike many other lawyers. Mr. Ferguson also served over 14 years as an Army Reserve officer and the Georgia Air National Guard. The Albany Herald recognized him as one of southwest Georgia’s “40 under 40” in 2010.

(This post is contributed by Guest Author Jason M. Ferguson)