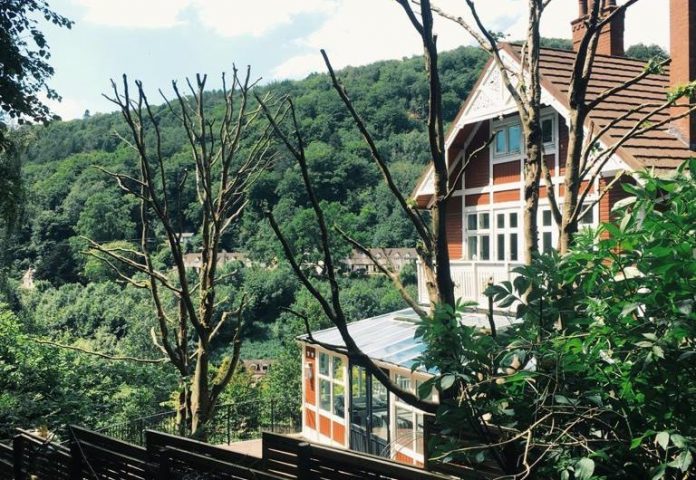 Did you know most of the filming locations in Sex Education is around Wye Valley? It’s impressive, right? You see the Milburn household’s terrace overlooking the glistening and mesmerizing River Wye. Doesn’t it make you wish you were living in the same house with that view and the peacefulness of the place? You see the built of their school and the versatility of the area with the different architecture styles they have from Jackson’s modern house to Aimee’s vintage mansion-like home. Netflix’s Sex Education filmed in the Wye Valley shows us that rural beauty doesn’t spotlight the way it deserves.

The bridges and the woods

Over the River Wye, the Old Railway Bridge at Tintern is where Otis and Eric cycle to school and have their usual talks. It’s one to visit for the view you get of River Why and the serene environment you can cycle over to like Otis and Eric. Another bridge featured in the series is the Wireworks Bridge at Tintern where Maeve and Otis’s scene was filmed here. The woods along Otis and Eric’s cycling route is the Bargain Woods, Whitestone. The Redbook bridge is also one to visit, and most people find it amazing how at one side of the bridge is Wales while the other side is England.

The abode of the Milburns is located in the Wye Valley, Wales. It is a bed and breakfast cabin house when it isn’t a filming location for Sex Education. It is precisely at Symonds Yat, a village in the Wye Valley. River Wye flows through this village so that it can be seen in scenes around Otis’ house.

Compared to Otis’, Maeve’s, or any of the characters’ homes, Aimee’s house has a vintage touch and is one of the largest among the places shown. It’s listed as a Grade II building and was rebuilt in the 1740s. It’s the Bigsweir House, and they hired the homeowner’s son as an extra in the first season.

In season 2, there is an episode set at a fair. The fairground was set up at Vauxhall Fields, Rockfield Road, Monmouth. This is located west of Symonds Yat.

Netflix’s Sex Education showcased the beauty of the rural Wye Valley. Many people were captivated by where they had set it. One of the trends over the years is that filming sets are now seen as tourist attractions, and often found in people’s list of places to visit a country. You can also experience the warm and cosy nature vibe shown in Sex Education. Glamping is one of the most common reasons why people visit the Wye Valley, and you can try this too. Wake up to the sound of the River Wye flowing and the calming rustling of the leaves of trees when you glamp in Wye Valley along the River Wye.