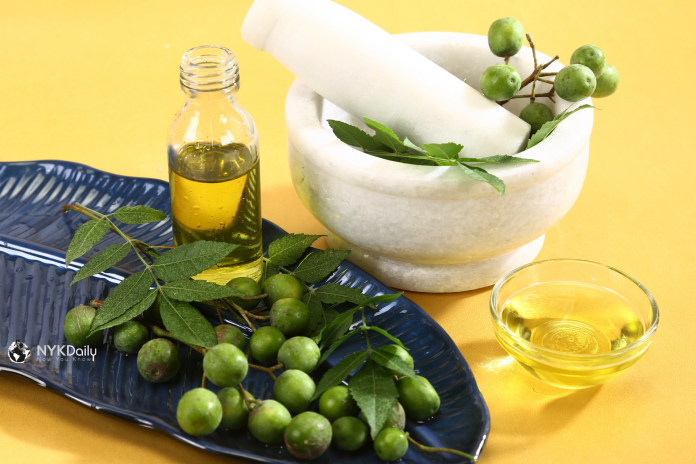 Uttar Pradesh Chief Minister Yogi Adityanath has issued directives to boost herbal and organic cultivation along the banks of the Ganga. He has said that the area for herbal cultivation will be increased to over 10 lakh hectares.

According to a government spokesman, the state government has prepared a unique plan with allocation of Rs 4,000 crore to step up organic and zero budget farming in the state and also support its distribution with a dedicated market, which in turn will help farmers living in the adjoining regions by increasing their income up to Rs 500 crore.

At present, the National Medicinal Plants’ Board (NMPB) is supporting the cultivation of medicinal plants in an area of 2.25 lakh hectares in the state. Nearly 800 hectares of land along the Ganga river will be put under cultivation with NMPB.

Along with this, the agriculture and horticulture department is also aiding the ambitious plan of the government by providing grants for selected crops on basis of acreage per hectare.

Uttar Pradesh is extremely prosperous in terms of agro-climatic conditions. It has the presence of nine kinds of agro-climatic zones, abundant water, human wealth and the immensely fertile land of the Indo-Gangetic region.

Considering the large market demand of organic products in the country as well as abroad, this step of the state government is expected to emerge as a special benefit scheme for the farmers.

The department of agriculture has taken major steps to boost medicinal farming in the state. It recently started a scheme- ‘Amrita’ with the help of Uttar Pradesh Ayush Society.

Under the scheme, an Ayush Vatika (model herbal nursery) consisting of medicinal plants has been set up in an area of about 20 hectares in Dehwa, an agricultural sector of Mohanlalganj, Lucknow.

The spokesman said that farmers will also be trained and quality seeds and saplings from the nursery will be provided to them at the lowest price. Units will be set up to process individual products in the future. The government will also help farmers in grading and packing of the products.

Additional Director (Publicity), agriculture department, Anand Tripathi said that during the training of the farmers, they will also be made to visit Central Institute of Medicinal and Aromatic Plants (CIMAP) for a better understanding of herbal farming.

The government will also make arrangements for the farmers to grasp a practical knowledge of the cultivation techniques by making them interact with scientists and experts at its own expense.

In addition to this, farmers will also be connected to well-established Ayurvedic companies and exporters to enable them to get fair prices for their produce.

According to WHO, even today, about 80 per cent of the people in developing countries depend on medicinal herbs for primary health care. The annual demand of up to 15 per cent for medicinal plants confirms that people still rely on them for health purposes.

The demand for herbal medicines because of the resistance they provide to life-threatening viruses, witnessed a whopping increase during the Covid-19 pandemic.