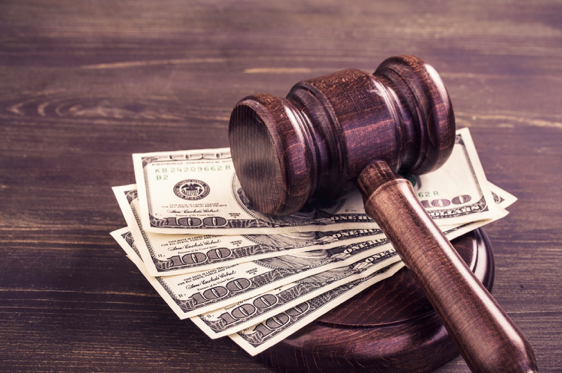 Human trafficking is something that takes place all over the world, but it’s something about which most people would prefer not to think. They feel like it doesn’t have anything to do with them, or maybe they feel like no action on their part can change it. However, there are things you can do to stop human trafficking, and we’ll talk about those today.

In this article, we’ll break down what human trafficking is, why it proliferates, and what you can do about it.

What Exactly is Human Trafficking?

Human trafficking occurs when an individual or entity uses coercion, fraud, or force to obtain commercial sex acts or labor. Traffickers use various tactics to lure victims into servitude or sexual slavery.

We cannot overemphasise the pains and damages that come from human trafficking. Many times, human trafficking victims feel like there is no way out of their situation. They might be in this abusive cycle for years, never figuring out how to break free for fear of their captors or the authorities.

Why Don’t Those Who Are Trafficked Leave the Situation?

Human trafficking often starts when an individual is very young. The traffickers might kidnap them and then starve, beat, or otherwise brutalize them until they are submissive.

The traffickers may also keep them drugged, so they are not completely aware of what’s happening to them. Traffickers often use drug addiction to keep these unfortunate individuals in line. They will let the victim leave their presence to service a client because they know this unfortunate person must return to them to get their next hit of meth, crack, or smack.

Traffic victims don’t try to leave because they know that those who traffic them might hurt or kill them if they try and escape. The traffickers break their spirit, and they become subservient because they can hardly remember any other way to be.

The authorities are one more reason. A longtime sex traffic victim might think that the police will lock them up if they catch them. They know that prostitution might be illegal where they are, so they don’t want the authorities to blame them for their condition.

Why Does Human Trafficking Go On?

There are several reasons why human trafficking proliferates. One is because, in some countries, the traffickers make a point of finding “undesirables” who they can kidnap or buy.

Countries that have a caste system in place don’t care as much about some societal members as others. That’s horrifying to think about, but it’s a reality. If an individual is born into a lower caste, the police will not look for them very hard, or at all, if their parents or other relatives report that someone has kidnapped them for the sex trafficking trade.

Drug addiction is another reason. Some parents will sell a child into slavery to feed their drug habit if it’s bad enough. There’s little chance for these children unless the police happen to find out about the sex trafficking ring and break it up. The parents never report that anyone took these kids, so they’re the “lost ones,” human beings with no one actively looking for them.

What Can You Do to Stop Human Trafficking?

It’s hard to hear about all of this, but it’s worse not to think about it and to let it go on. But what can you do to stop it?

One thing you can do is report to the police anyone who you suspect is a sex trafficking victim. Some people might not encounter these individuals often or at all.

However, if you’re in the healthcare profession or you’re a social worker, you probably have the best chance of spotting victims. You can always look for certain signs that indicate a person is a victim of this terrible industry.

For instance, look for abuse, fatigue, malnourishment, or poor hygiene. Look for situations where someone else always speaks for this person and will not let them communicate with you on their own.

If you ask such a person about abuse signs, they might give you an obviously scripted, unbelievable story. They might show fear when you mention law enforcement. They may seem depressed, worried, or anxious all the time.

Reporting this person to the police is not bad for them. It could actually save their life.

What Else Can You Do?

Even if you’re not a doctor, nurse, healthcare worker, teacher, etc., you can still take action to stop human trafficking. One thing you can do is raise awareness. You can host an educational event at a community center.

You might share your concerns via social media platforms and back them up with hard data and reliable sources. You can do anti-trafficking organization funding. These entities often look for volunteers.

You might hold a silent auction, so your community can pitch in. You could set up crowdsourcing and give details about the organization you’re helping to support. Local shelters are great places for fundraising drives.

Civil engagement is another way to combat human trafficking. You can write to local, state, or federal representatives about your concerns. If you ever encounter a petition to strengthen anti-trafficking laws, you can sign it.

You might contact a news organization to spread awareness on a local level. You can attend political meetings and town halls and speak up about the problem.

One final thing you can do is to not hire sex workers. Even if you’re sure they’re not minors, you never know what such a person’s situation might be.

You can’t tell whether they’re doing sex work because they want to or whether someone has forced them into it. Also, hiring sex workers is often illegal, and you don’t want to mess your life up that way.

Human trafficking is something you don’t have to ignore. You can’t solve it all by yourself, but if you want to take action, there are many tangible steps that can make a real difference.