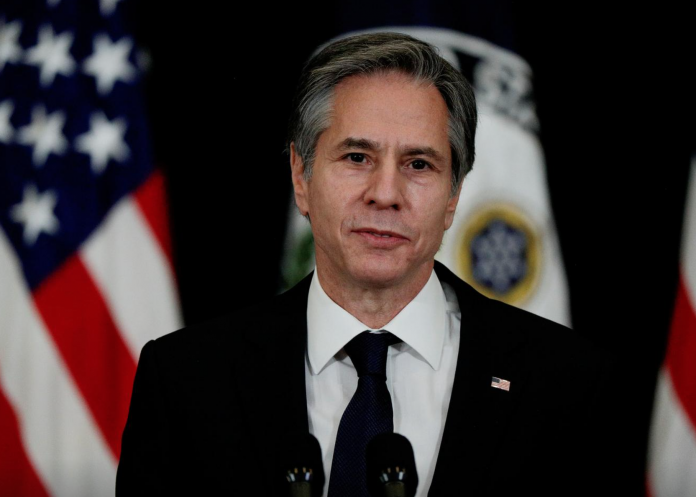 The United States will keep up “firm action” against Myanmar authorities violently cracking down on opponents of a military coup, Secretary of State Antony Blinken said on Sunday, after two protesters were shot dead over the weekend.

Myanmar’s security forces have been unable to stop more than two weeks of daily protests and a civil disobedience movement demanding the reversal of the Feb. 1 coup and the release of detained elected leader and Nobel laureate Aung San Suu Kyi.

“The United States will continue to take firm action against those who perpetrate violence against the people of Burma as they demand the restoration of their democratically elected government,” Blinken said in a post on Twitter.

“We stand with the people of Burma,” he added.

His assurance came 10 days after the United States imposed sanctions on the acting president of Myanmar, also known as Burma, and several military officers.

President Joe Biden approved sanctions on those responsible for the ouster of the southeast Asian nation’s civilian-led government, including the defense minister and three companies in the jade and gems sector.

The treasury department also updated sanctions on Myanmar’s top two military officials, accusing them of playing a leading role in the coup.

“If there is more violence against peaceful protesters, the Burmese military will find that today’s sanctions are just the first,” Treasury Secretary Janet Yellen warned at the time of the Feb. 11 sanctions.