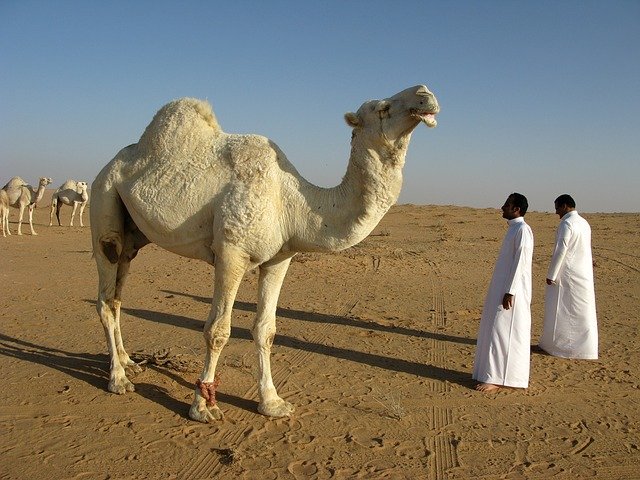 If there is an ultimate frontier of tourism left, it’s the Kingdom of Saudi Arabia. The spiritual home and birthplace of Islam, Saudi Arabia is rich in attractions and animating symbolism. For Muslims, the cities of Mecca and Medina, deep in Prophetic significance, have no equal. At the same time, the carved temples of Madain Saleh, known as the second Petra, and the complex rock art at Jubbah are the Kingdom’s greatest pre-Islamic treasures.

Saudi Arabia is a relatively closed state, but its tourism potential is based on the desert’s unique nature, a fantastic blend of the modern economy and ancient traditions, and numerous places of worship of the Islamic world.

The modern city of Riyadh is roughly translated as ‘gardens.’ The town is based on the location of the first town captured by the invading Ibn Saud. Besides the fort and various traditional palaces around Deera square, not much is left from the city’s old part. The tourists will only find pieces of the traditional houses and typical winding streets with the courtyard’s facades, bazaars and a fortified palace.

Al-Bata is the best-known Riyadh district, which contains virtually all the city’s historic buildings, a post office, and a bus station, which the numerous coffee shops and cafes surround. Old Riyadh citadel is the fortress built around Masmak in 1865 CE. The fort has preserved a carefully restored hotel with an open courtyard, carved walls, and three columns that support the wooden roof. The fortress itself is turned into a large museum dedicated to Abdul Aziz and his role in forming the Kingdom.

One of the landmarks of the city is the Kingdom Centre, the tallest skyscraper in Saudi Arabia. Being a property of the Saudi prince and built on a rather unusual project, it includes apartments, offices, the Four Seasons hotel, a three-level shopping mall, and many first-class international restaurants. The striking mixture of architectural styles marks the building of the municipality of Riyadh.

The first capital of the Kingdom is Dirayya, the most famous archaeological site with heavily restored ruins of several palaces, mosques, and the old city wall. Dammam is the administrative center and the last station of the country’s only railroad. Its sights include a modern business center and an impressive coastal cliff, the city’s landmark. The nearby islands of Darin and Taruta are considered some of the most interesting historical sites in the Kingdom. One can even find the old forts in the islands, whose date of the structure is entirely unknown.

The city of El Hafuf is the heart of the enormous oasis, which is considered one of the world’s largest. The city has preserved the old fort and one of the most exciting markets in the Kingdom, which specialize, among other things, in the products of applied and decorative arts. The greenery of the oasis and an abundance of picturesque historical villages make the region one of the most exciting places in Saudi Arabia.

Mecca is the spiritual center and the holy city for Muslims of the world. It is one of the two sacred cities of Islam. Mecca is a city closed to representatives of other faiths, but it is a religious duty for every Muslim to come here at least once in his life. Nowadays, Mecca is visited by about two million people only during the Hajj. Therefore, virtually all the energy in the city is associated with servicing pilgrims. Medina is the second holy city of Islam, whose center is dominated by the Prophet Mosque. Here is the holy place for every Muslim – the tomb of the prophet.

Abha is known for its majestic mountains with an abundance of greenery and beautiful scenery. It is a popular resort and a favorite place for the weekend. Madalyn Salih is the most famous and most spectacular archaeological site of Saudi Arabia. It used to be on the way of many caravan routes from southern Arabia to Egypt, Syria, Europe, and Byzantium.

So, we have listed the beautiful, colorful part of Saudi Arabia, now a word of caution.

LGBT activities are illegal in Saudi Arabia ( they are still living in the seventh century, sadly), and it is one of the least homosexual friendly countries in the world. First offenses attract dangerous prison sentences of several months to life, including flogging/whipping, torture, chemical castration, public execution, and vigilante killings. A second conviction always results in execution. Police and other government officials will join in on vigilante attacks and may even murder/behead you.

Saudi Arabia is a monarchy and is managed by the al-Saud dynasty, which the locals mostly respect. Voicing any critique of the ruling kingship is frowned upon in Saudi society and may push you towards the jail.