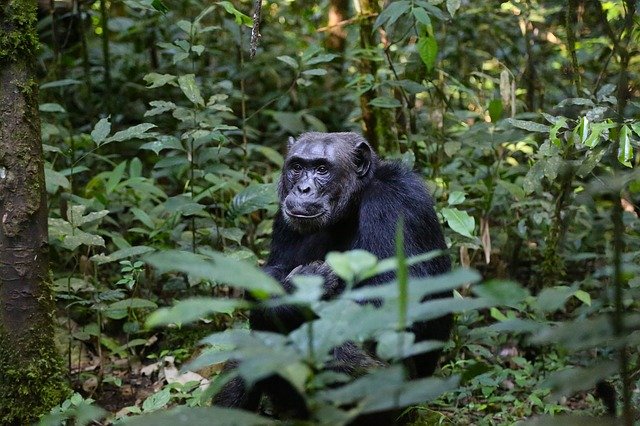 Uganda also referred to as the Pearl of Africa, is a brilliant small country situated in East Africa. After more than a decade of dictatorship and war after independence, the present administration has shown a remarkable great recognition and recovery in Africa and globally.

With a blend of excellent wildlife watching, landscapes, and notable locals, Uganda packs a lot into one small nation. It’s home to Africa’s Nile’s source, the world’s longest river, the tallest mountain range (the Rwenzoris), and the continent’s biggest lake. Rafting the Nile offers a world-class adrenaline adventure, but the nation’s most iconic experience is pursuing mountain gorillas in their natural environment.

How to reach Uganda?

The Uganda Railway is the railway section from Mombasa in Kenya that the British constructed to access their Uganda Protectorate during the colonial days. This railway line became known as the Lunatic Express because of the enormous amounts of money put into a fatal construction project in uncharted territory. Thousands of men, many settlers from India, died during its development.

Currently, Uganda’s only train services are the freight service from Port Bell on Lake Victoria to Kampala’s manufacturing area, freight trains from Mombasa to Kampala, and the commuter train moves daily between Namanve and Kampala railway station, on the capital’s outskirts. The passenger service was restored as a pilot project in 2015 by Rift Valley Railways after the railway had been closed for over three decades.

Places to Visit in Uganda

Start your journey by exploring the Crater Lakes region in Kabarole District (near Fort Portal). It is an area with many old extinguish craters turned into many heartstopping landscapes. Don’t forget to experience a power shover at clean natural Mahoma waterfalls.

Offering some of the most astonishing scenery of any area in Uganda, Kidepo Valley National Park is secluded in a lost valley in Uganda’s extreme northeast. The 1442-sq-km national park’s short-grass savannah is surrounded by mountains and split by rocky ridges. Kidepo is most notable for harboring several animals found nowhere else, including bat-eared foxes, cheetahs, caracals, aardwolves, and lesser and greater kudus.

Explore Sipi, about one hour from Mbale. It’s a lovely little town on top of a mountain, sporting incredible views and excursions to waterfalls. If you don’t feel like hiring a guide, tell them that you’d want to do it yourself, and eventually, they will leave you all by yourself.

Here you can see 11 species of primate (including chimpanzees and L’Hoest’s monkeys), duikers, forest elephants, African golden cats, bushbucks, and the rare giant forest hog, as well as a host of insect and bird species.

Situated just over 10km from Mbarara on the Kampala roads, this cultural village highlights Uganda’s best gallery displays. Set on the grounds of an ancient palace of the Ankole king, this museum explores southwestern Uganda’s peoples, notably the Ankole, through artefacts, a cultural village replica and a heap of info.

Top Things to do in Uganda

You can pursue tracking of the Gorilla in the Mgahinga National Park, Bwindi Impenetrable Forest, and the Virunga Volcanoes on the border of Uganda, Rwanda, and the Democratic Republic of Congo. Mhaginga National Park is situated on the southwestern side of Uganda. It is the country’s smallest park with 34 square kilometers area. This park comprises three slopes of the extinct Virunga Volcanoes (Gahinga, Muhavura, Sabinyo). These mountains’ climatic changes have provided a good refuge for the mountain Gorilla, wild animals, and plants for centuries. Gorilla tracking is the most exciting activity in the Mhaginga National Park. The Gorilla family in this park is called Nyakagezi, and it consists of 2 Silverback, three adult females, two juveniles, and two infants.

Uganda experiences a tropical climate with wet seasons stretching from April-June and October-November, a favorable condition for birds since they breed during the rainy months. A wide variety of birds is located in both rural and urban areas of Uganda, and the most popular birds are the Green-breasted Pitta,, Rwenzori, Shoebill, Red-fronted Antpecker, Turaco, Purcell’s illadopsis, Black bee-eater, Nahan’s Francolin, Karamoja Apalis, the Brown-chested plover, and the African Green Broadbill.

The top birding spots in Uganda include

What to eat in Uganda?

Ugandan food is served in large proportions that are full of carbohydrates. You can sample the luwombo, which is fish, meat, or groundnut sauce cooked in clean banana leaves. It has a tantalizing aroma and is always served with “food,” which in the Ugandan language means any carbohydrate. The staple “food” varies from district to district, with millet in the north, the plantain matooke in the south, and sweet or Irish potatoes in the west. Cassava, posho, and rice are other common “foods”. Whole slices of Nile Perch or fried Tilapia are famous and usually served with French fries/chips. Other common options around Kampala include the traditional matooke, chapati, binyebwa (groundnut sauce), and meat stew. For the less adventurous, omelets or toasted sandwiches can be found in many places.