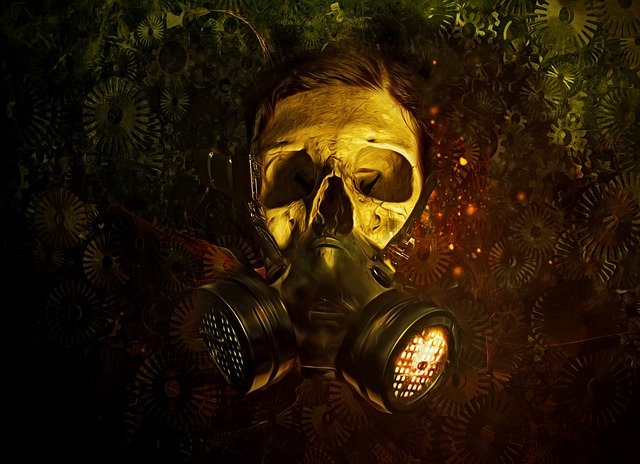 Imagine the first story which came into your head when you wanted to write science fiction. Space, dangerous levels of trouble, confrontation with aliens, reconciliation and lastly, the conclusion. Basically, every Star Trek episode which was ever thrown to us. Star Trek has, over the last fifty years, showered us with numerous episodes and movies. Dig deep into it and you might realise the vast kind of horrors space has to offer. Now why does that happen? You see, the conflict in a normal novel might just be any clash between two opposing forces which sets the premise. In science fiction, these clashes are on steroids This exactly, sets the precedent for the challenges to be fearful.

The best example would be the most popular book of George Orwell. 1984 gets discussed more amongst political circles than reading circles. Also, whenever it is discussed, it forms the basis of how reality is manifested in a society with searing levels of surveillance and dictatorship. That, along with Ray Bradbury’s classic Fahrenheit 451. It is science-fiction through which the horrific things in the society, are conveyed to the society at large. In the initial days of science fiction, book sellers would often shoo away sci-fi authors who just wanted to put their books on the shelf. The first thought that came into people’s minds in the 1800s and 1900s when they heard “science-fiction” was a group of overtly imaginative crazy people.

This was also the reason why science-fiction gained its popularity to be prophetically correct during the World War phase.  The atomic bombs which were detonated on Hiroshima and Nagasaki, showed the worst horrors humanity had to offer. And thus, we see the Golden Age of sci-fi. In a way, it also proved that it is not necessary that such horrific things would happen in space. Given the scientific advancements, dangers can face us here on earth itself. The novella “Who Goes There” by William Campbell underlines it. It was written in the golden age of sci-fi and did not even have the concept of interstellar travel. A frozen alien discovered in the Antarctica which gradually begins its onslaught over the crew which is set to examine the creature.

It’s said that in the year 1816, thunderstorms and rains wouldn’t stop in erstwhile England. In a night when Lord Byron called upon authors and poets from all corners of the British Empire, they had a gala discussion and Byron challenged everyone for a plot. Among all the authors was Mary Shelley. She believed that only if she could scare people in the manner, she was frightened that stormy night, she would consider that a plot. Two years later on 1st January, 1818, she came up with one of the classic sci-fi horror “Frankenstein”, which is considered one pioneers of science fiction. There are plenty of such examples, which go on to prove the thin line which exists between sci-fi and horror.