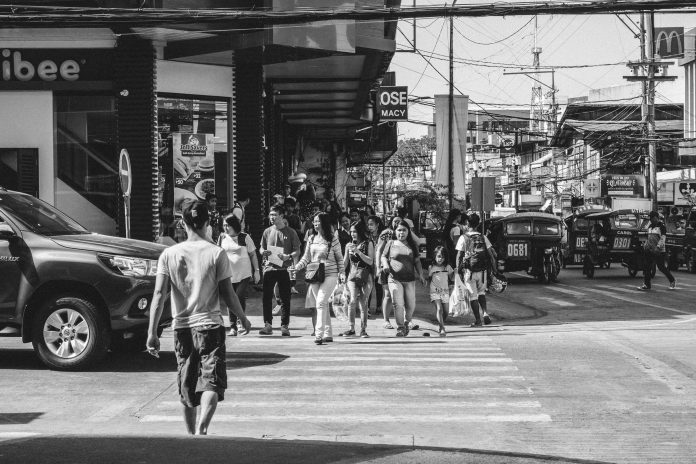 I come from a very patriotic family in Sri Lanka. My father was an active member of the JVP which is a political party in Sri Lanka. He was involved in politics for much of his life.

My father was a principled man and always challenged the corruption of politicians and military officials. In 1987 there was a political insurrection and thousands of JVP members were assassinated by the Sri Lankan authorities. My father was beaten up during this purge. Luckily, he survived. He did not stop challenging the authorities over their corrupt practices and challenged the Sri Lankan government over their human rights abuses against minorities, such as the Tamils.

My father later disappeared.  We believe he was abducted and killed by the government.

As a young man I supported the Sri Lankan army. I considered them heroes.  I wrote articles in newspapers, produced music videos for radio stations praising their braveness and sacrifices for the country in their fight against The Liberation Tigers and Tamil Eelam (LTTE).

I later realized that the government conducted a systematic and false propaganda campaigns in the South to make us all believe that the Tamil were all terrorists and killing innocent people. I previously worked for the Rupavakini Corporation which is the official TV station of the Sri Lankan government. I produced films supporting the Sri Lankan armed forces. As a result, I became well known to many politicians and army officers and they appreciated my work. I became friendly with some of them.

I have known my girlfriend since 2004.  She helped me with the music videos, documentaries, as well as short video’s promoting the Sri Lankan army. She also became known to the army and politicians.

After May 2009 we began to celebrate the army’s victory and gave parties to army officers. When we had such parties some of the army officers got drunk and began to talk about how they fired on civilians who were carrying white flags, how they tortured LTTE members who surrendered to them and even about raping Tamil women in custody. I also came to know that they had been shooting ex LTTE members after blindfolding them, tying their hands behind their backs and making them kneel on the ground. I was shocked to hear this and I could not believe that the army officers would have done such unacceptable war crimes.

Since then, I stopped blindly believing in what I was told and began to investigate what was really going on. I did a lot of research on the internet and also spoke to many people, including Tamils, who were affected by the war. I also had a chance to watch the documentary films produced by Channel 4 TV, “ no fire zone” and “ killing fields”, which revealed the real footage of the Sri Lankan army killing people and ex LTTE members, which I found disgusting

I began to openly challenge the army officers and also confronted some of them who were my friends. We had arguments and at some point, they even admitted crimes against the Tamils. They laughed at me saying that no one would punish them. I was shocked to find that army officers were still holding Tamil women in custody and using them as sex slaves.  I started to gather evidence of the war crimes they committed. I recorded some of the conversations and sent them to a friend abroad.

Some of the army officers who knew me told me not to do this. They told me and my partner would disappear in a similar manner to the 1000’s of Tamil’s. I started to receive many threats over the phone telling me to stop or they will kill us both and make our bodies disappear. Due to all the threats I had to change address 3times. I couldn’t tolerate any more of these threats and reported this to the CD and the police. That is when I realized that the police were corrupt as well.

On or around the 2nd December at around 9pm some unknown men came to our house with weapons and asked me and my partner to go with them.  When we refused and questioned them, they forcibly abducted us and took us in a white van and detained us in a building. My partner was taken somewhere else. They took my details including my fingerprints.  I was accused of helping the LTTE and of bringing the army into disrepute. I denied these allegations. They badly beat me with batons. I was kicked and punched.  They beat my ears until they bled. They burned me with cigarettes. I was hung upside down and I was tortured for in various ways for three days. I was also sexually abused.

My family and a family friend (former DIG), managed to locate me. With the help of the former DLG officer they managed to free me by paying a bribe to those who were holding us. I was told to leave the country and leave Sri Lanka as soon as possible, or I will be killed if I was caught again.  They took my partner and me to a safe house in Colombo.  With the help of my DLG friend, we managed to make arrangements flee the country.

Without the knowledge of the authorities, I applied for a student visa. Luckily, I got the visa and with the help of the DLG friend managed to collect it and flee Sri Lanka.  My partner also managed to escape the same way and we were reunited in the UK.

Whilst we were in the UK, we came to know that the police kept visiting our families. Two of my cousins (who used to work for me), went back to Sri Lanka in 2015. They had both left the country in 2011 to save their lives.  They returned to Sri Lanka thinking that they could go back their normal lives, but they were located by the government and they were both killed.

I struggle with many things. I suffer from PTSD, mental health issues, flash backs, nightmares, depression, anxiety, trust issues, panic attacks and suicidal thoughts.  I have no hope in the future, and no clue where my life is going. Every night is a sleepless night racked with guilt about the past.  I do not want to live anymore like this.

My torture still come to me every night; I still can smell them like yesterday. My arm was broken and refrozen during these torture sessions. My shins, knees, ankles, shoulders were further damaged. My body was wrenched apart. ONCE YOU HAVE BEEN TORTURED, YOU CAN NEVER BELONG IN THIS WORLD. THERE IS NO PLACE THAT CAN EVER BE YOUR HOME. The connection with my own government (SL) and the justice was torn asunder, and REMAINS SO TODAY. They bent things that’s didn’t bend, they separated things meant to stay together. Increasingly it is because of the LEADERS of Ceylon government and the torture they so arrogantly preside over, for I have not told you all that innocent Tamils died during the ethic war and its aftermath. I was tortured I care about other human beings. SHALL I, SHALL WE, WHO HAVE BEEN TORTURED put our trust in the law when we are told the president is superior to law? APPARENTLY, the president can do what he wants in the name of protection us from terrorism and he can torture, kill, disappear people, but those are coming from TERRORISM. The government still allow wrongful imprisonments, murder or ‘DISAPPEARANCE ‘to be carried out by their officials with impunity. Where is the law, International or otherwise, to protect us from our own government’s practice of TERRORISM.?. – R. Padma Kumara

If the government are allowed to commit genocide with impunity, to hide their guilt in a camouflage of lies and denials, there is a real danger that other brutal regimes will be encouraged to attempt genocide. I swore never to be silent whenever human beings endure suffering and humiliation. Anyone who has been tortured remains tortured. Anyone who has suffered torture will never again be at ease in the world. Faith in humanity, already cracked with the first slap in the face. Together we can prevent genocide from happening again, together we can make a better future for our CHILDREN. – R. Padma Kumara (face the truth)