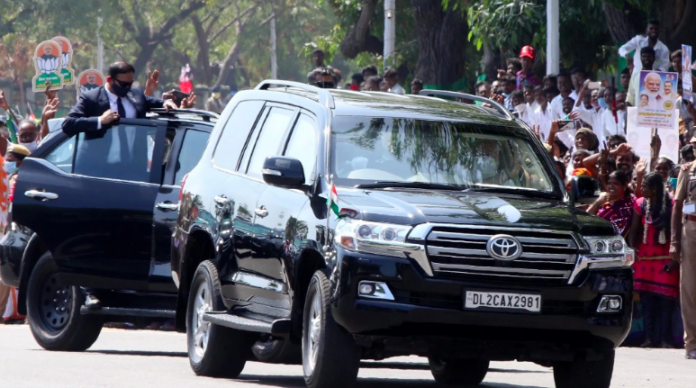 The police and the SPG had taken over the entire place after reports surfaced that the Congress workers might stage a protest.

Timely action by the Special Protection Group (SPG) foiled an attempt by activists of the youth wing of the CPI-M to stage a protest against Prime Minister Narendra Modi while he was driving down to the venue here on Sunday afternoon where he is to inaugurate a slew of central projects in Kerala.

Democratic Youth Federation of India (DYFI) activists had planned to protest on the roadside along Modi’s route to the venue and they were seen carrying 500 black balloons.

The SPG swung into action and took over the area where the protests were to be staged and banned all forms of assembly. The activists had to move out and were seen standing a kilometre away from the route that Modi was travelling and decided to continue their protest.

“This is a protest against ever increasing oil prices and also the way public sector units are put up for disinvestment. The main event of his on Sunday is the inauguration of BPCL’s Rs 6,000 crore Propylene Derivatives Petrochemicals Project to the nation and this is happening when all steps have started for the disinvestment of BPCL as talks are in the final stages with the Vedanta group which is eyeing the takeover of BPCL,” claimed DYFI activists.

He was received at the airport of the Southern Naval Command by state PWD Minister G.Sudhakaran and others.

From the airport he took a helicopter to the Rajagiri educational group’s ground and reached the inauguration venue by road. Enroute, he was greeted by a large number of BJP workers.

Modi inaugurated around five different projects from the same venue of the Cochin Refinery, on account of security.

After that Modi attended the core committee meeting of 13 party leaders of the state BJP unit, as the Assembly polls are around the corner, where he interacted with the leaders. He will return to Delhi around 6 p.m.