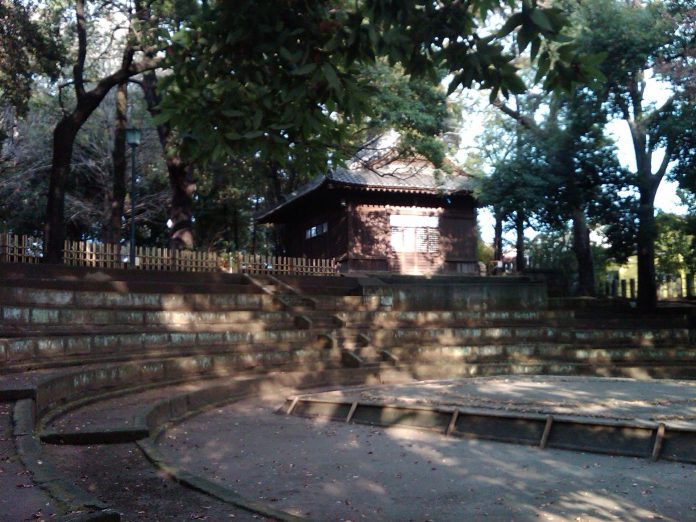 Sumo is a type of full-contact wrestling where a wrestler (rikishi) attempts to throw his opponent out of dohyō (a circular ring) or into touching the ground with any part of the body other than the feet soles (usually by shoving, throwing, or forcefully pushing him down).

The Shinto roots of sumo can quickly be recorded back through the centuries, and many contemporary sumo rituals are straight handed down from Shinto rituals. The Shinto faith has historically been used to express Japanese ethnic identity and nationalism, especially before World War II. In its relationship with Shinto, sumo has also been seen as a foundation of Japanese tradition.

Sumo can be traced back to old Shinto rituals to secure a plentiful harvest and sanctify the spirits known as kami. In modern days, the canopy over the sumo ring, called the dohyō, is reminiscent of an ancient Shinto shrine. The officiator is costumed in garb, very identical to that of a Shinto priest. The throwing of salt before a sumo fight is assumed to purify the ring correctly.

Before becoming a professional sport in the Tokugawa era, Japanese citizens originally performed sumo on the grounds of a temple or shrine. The present dohyō, which is still deemed sacred, is in honor of the days when matches were held on the holy grounds of temples and shrines. The dohyō roof, called yakata, formerly represented the sky to highlight the sacred nature of dohyō, which signifies the earth. On the day before the start of each tournament, the dohyō-matsuri, a ring-blessing ceremony, is conducted by sumo officials called gyōji. They are the judges on the dohyō, who see through each sumo match. Their colorful, elaborate costumes are based on ceremonial court robes of the Heian era (794 CE – 1185 CE). Their black hats are also exact copies of the hats worn by Shinto priests represented in several Heian arts. Dressed in the off-white robes of a Shinto priest, gyōji bless and purifies the dohyō in a solemn ceremony during which kelp, salt, chestnuts, and dried squid are buried in the middle of the dohyō. Officials and the guests consume sake, a traditional Japanese alcoholic drink as it is presented to each one in turn. The leftover sake is poured over the straw boundary of the dohyō as an offering to the ancient gods. Shinto ritual still continues to permeate every aspect of sumo. Before a match, two of the sumo judges known as gyōji functioning as Shinto priests enact a ceremony to devote the newly built dohyō.

Each week of the tournament, the dohyō-iri, or ring-entering celebrations performed by the top divisions before starting their wrestling day, are derived from sumo rituals. This ritual involves them dohyō ascending, walking around the edge, and facing the audience. They then turn and face inwards, raise one hand, slightly lift the ceremonial aprons called clap their hands, kesho-mawashi, raise both hands, and then resume walking around the dohyō as they leave the same route they came in. This clapping ritual is an essential Shinto element and reminiscent of the clapping in Shinto shrines meant to attract the gods’ attention.

The yokozuna’s ring-entering convention is regarded as a purification ritual in its own right and is performed occasionally at Shinto temples for this purpose. Every newly improved yokozuna performs his first ring-entering ceremony at the Meiji temple in Tokyo.