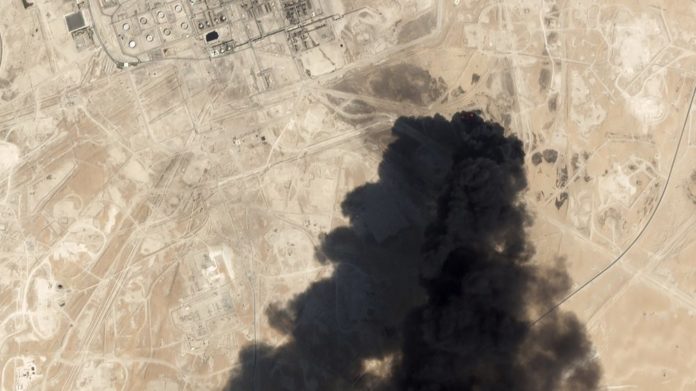 The Saudi Arabia-led coalition involved in the war in Yemen announced that it intercepted a ballistic missile launched by the Houthi militia towards the border city of Khamis Mushait.

The coalition’s spokesperson, Turki Al-Malki, said that the missile was launched from the Sa’dah Governorate in Yemen on Thursday, reports Xinhua news agency.

The Joint Forces Command of the coalition will continue “to undertake all necessary procedures to neutralise and destroy the Advanced Conventional Weapons capabilities of the terrorist militia”, he said.

On Thursday morning, the coalition had intercepted a bomb-laden drone that was launched towards the same city.

The Houthi militia has intensified attacks on the Yemeni government-held cities in the past year, according to the government of the war-torn country.

There were no casualties or injuries, the coalition had confirmed.

Yemen has been mired in civil war since late 2014, when the Houthi rebels seized control of northern provinces and forced the internationally-recognized government of President Abd-Rabbu Mansour Hadi out of the capital Sanaa.

The Saudi-led Arab coalition intervened in the Yemeni conflict in 2015 to support Hadi’s government.

In March, coalition will complete its sixth year of involvement in the war.