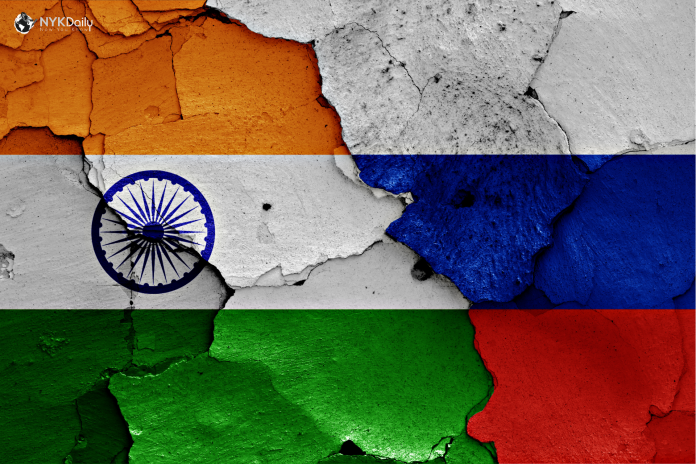 The dates for Russian President Vladimir Putin’s visit to India this year, at the invitation of Prime Minister Narendra Modi, are being finalised as the two countries look to strengthen their strategic partnership.

Foreign Secretary Harsh Vardhan Shringla, who is on an official two-day visit to Moscow, revealed this on Wednesday.

The move assumes significance in view of the recent developments in India’s relations with the US and China. The government has taken strong objection to the US social media platforms enabling mobilisation of violent protesters against India’s farm reforms and other internal decisions. At the same time, India’s military has disengaged with China along the Line of Actual Control in Ladakh, after a 10-month-long stand-off.

“Clearly there is a lot that is happening in the relationship. It is a very very important relationship for both countries. I think we will see some developments in the next few months that would reinforce the close and strategic partnership that we both enjoy,” Shringla said in a video link from Moscow, underlining the significance of his visit.

Shringla is holding India-Russia foreign office consultations with deputy foreign minister Igor Morgulov. The two sides are reviewing the entire gamut of bilateral relations, including the forthcoming high-level exchanges, the ministry of external affairs said in a statement.

Speaking from Moscow, Shringla said that he had a “very good meeting” with Russian foreign minister Sergey Lavrov, who emphasised the importance of the strategic relationship between India and Russia. The foreign secretary extended an invitation to him on behalf of the external affairs ministry for a visit to India. He said Lavrov is looking forward to the meeting at the earliest.

The two sides also spoke about the annual summit. Lavrov told Shringla that President Putin is looking forward to his visit at the invitation of Prime Minister Narendra Modi. “The visit will take place on a date to be decided between the two sides,” Shringla said in Moscow.

During the meeting, Shringla and Lavrov also finalised a wide range of exchanges between other officials of the two countries. “The Indian Army and Navy chiefs are also likely to visit Russia,” Shringla said, adding that there are several events on the cards to strengthen India-Russia relationship.

The Indian foreign secretary and Russian foreign minister also discussed the partnership between the two countries at the United Nations and UN Security Council. The two sides discussed Afghanistan apart from the coronavirus pandemic and the joint efforts at Covid-19 vaccine distribution.

Shringla is also delivering a speech on ‘India-Russia relations’ at the prestigious Diplomatic Academy of the Russian Ministry of Foreign Affairs.

“Despite the Covid-19 pandemic situation, India and Russia have sustained the momentum of the Special and Privileged Strategic Partnership between the two countries. This year’s first visit abroad by the Foreign Secretary to Moscow signifies the importance India attaches to its close and friendly relations with the Russian Federation,” the ministry of external affairs said in a statement.