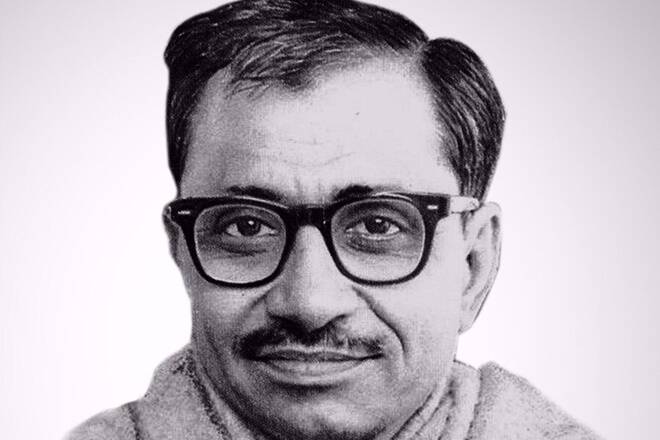 Prime Minister Narendra Modi on Thursday paid rich tribute to Deendayal Upadhyaya and said that present-day leaders should learn from the late BJS leader on how to conduct themselves in public life while upholding democratic values.

“Deendayal Upadhyaya used to say that only a strong nation can contribute to the world. This is the basic concept of an ‘Atmanirbhar’ (self-reliant) India today. It is with this ideal that the country is moving forward on the path of self-reliance,” he said.

“You all have read about Pandit Deendayal and moulded your lives on the basis of his ideals. Hence, you all must be well aware of his thoughts and his dedication.

“I have experienced this… you too must have felt that the more we think about Pandit Deendayal Upadhyaya, more we speak about him — a novelty in his thoughts is felt and experienced,” Modi said while addressing MPs on the occasion of Dedication Day — which commemorates the death anniversary of Upadhyaya — at the Ambedkar International Centre here:

Deendayal Upadhyaya was a leader of Bharatiya Jana Sangh (BJS), the forerunner of the BJP.

The Prime Minister said: “Wherever there is a question of service to humanity, there will be the talk of the welfare of humanity; and Deendayal ji’s Integral Human Philosophy will remain relevant.”

Modi said that while on the one hand, he was moving forward with new ideas in Indian politics, on the other hand, he was equally comfortable with leaders of every party and their ideologies. He said that he had close relations with everyone.