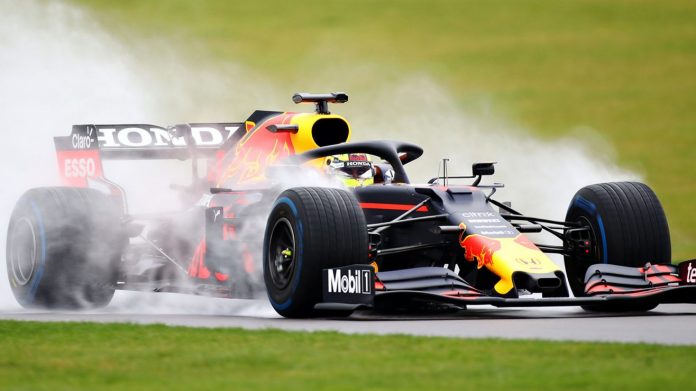 Sergio Perez enjoyed his first laps in a Red Bull on Tuesday – and explained afterwards just how different the car is to the Racing Points he has been used to driving in recent years.

Red Bull snapped up Perez as a replacement for Alex Albon, after the Mexican was released by Racing Point at the end of last season. On Tuesday he got behind the wheel of the team’s 2019 car, the RB15, to get to grips with the seat position, pedals, and other operational procedures on a test run at a damp Silverstone.

“It’s been amazing,” he said afterwards. “To look at my name on the car is something very special. It’s definitely a dream come true. We’ve already done a lot of work in the simulator working on the controls and I’m pleased with the progress we’ve made in terms of feeling more comfortable in the car.

“Everything about the car is different,” he continued. “It’s still an F1 car in the end but the seating position is different, the steering wheel, the brakes, the buttons, procedures, the engine and the power delivery, the torque, so many things are different. But I can see there is so much potential with this team.”

Red Bull unveiled their 2021 car, the RB16B, on Tuesday, and Perez will be on track at Silverstone in the new machine on Wednesday for a shakedown, along with Max Verstappen as the team continue their preparations for the new season.

It will then be in action at pre-season testing in Bahrain on March 12-14th, before the season opening race two weeks later.