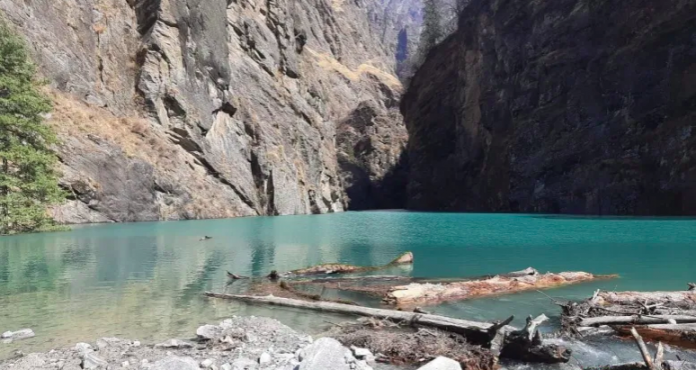 A natural lake has been formed in Uttarakhand’s Murenda area after the recent floods that wreacked havoc in Chamoli district of the state.

The Indo-Tibetan Border Police (ITBP) team along with the officials of the Defence Research and Development Organisation (DRDO) on Wednesday reached Murenda where the natural lake has been formed.

The team has established its base camp near the lake besides selecting a location for making a helipad, an ITBP official said.

The helipad is being developed with proper markings and other aids to guide the aircrew. “One ITBP party with the DRDO team also moved ahead to the lake area for recce during the day,” the official said.

The team will monitor the exact location of the lake to access the threat level of the lake formed due to the recent natural disaster, said the ITBP official.

The official also said that the ITBP team is opening the ways for smooth discharge of lake water.

The deadly flash floods triggered by a snow avalanche on February 7 had washed away a 520 MW downstream NTPC hydro power project at Tapovan on river Dhauli Ganga. The avalanche covered approximately 14 sq km area that caused flash floods in the Rishiganga river in Chamoli district.