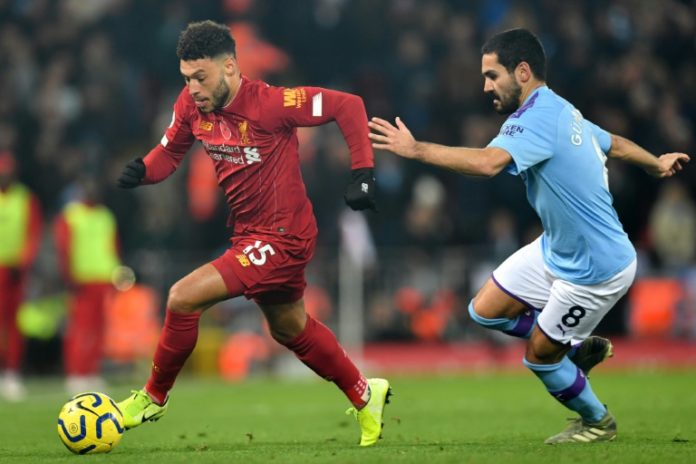 Manchester City defeated Tottenham 3-0 to strengthen their grip at the top of the Premier League in their latest encounter to extend their already record-breaking winning run.

Saturday’s game showed how things have changed since Spurs beat City 2-0 on November 21 to go top of the league and left City with 12 points from eight games as Pep Guardiola’s side won with ease against a rival that is now struggling to qualify for Europe.

City’s record 16th consecutive win was inspired by Ilkay Gundogan, who won the penalty that allowed Rodri to open the scoring from the penalty spot, before scoring himself in the 50th and 66th minutes to assure what was a very comfortable home win.

Liverpool’s title defence continues to fall apart and coach Jurgen Klopp admitted it was over after they suffered their third consecutive defeat 3-1 after looking to be in a winning position against Leicester City.

Mohamed Salah put Liverpool ahead in the 67th minute after a good assist from Roberto Firmino, but James Maddison’s free kick in the 78th minute (given after consultation with the VAR) was the start of Liverpool’s collapse.

Keeper Alisson Becker was at fault again after a collision with debutant Ozan Kabak, ended with him kicking the ball to Leicester’s Jamie Vardy, who gleefully slotted home before an error from Salah gifted the ball to Leicester allowing Harvey Barnes to seal the points five minutes from time.

Emi Martinez was Aston Villa’s hero with nine saves as his side withstood a constant wave of attacks from Brighton for a goalless draw in a game where the home side probably still don’t know how they didn’t win.

Burnley took another step towards safety thanks to a 3-0 win away to Crystal Palace in a game they were winning 2-0 after just 10 minutes with goals from Johann Berg Gudmundsson and Jay Rodriguez, before Matthew Lowton assured the win soon after the break.