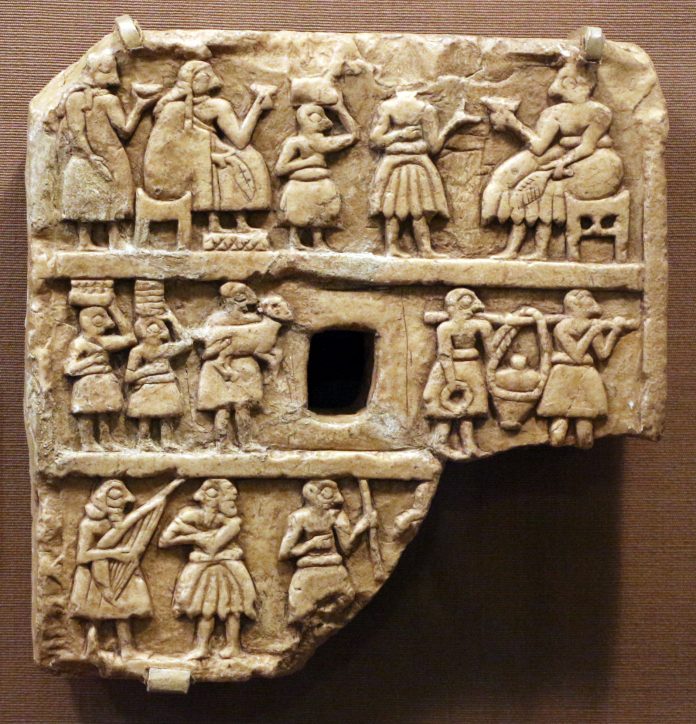 Different prehistoric cultures have flourished in Mesopotamia and today, and we will explore that one by one.

The Fertile Crescent was populated by numerous distinct, thriving cultures between the dawn of the last ice age (c. 10,000 BCE) and the start of history. One of the earliest known Neolithic sites in Mesopotamia is Jarmo, settled nearly 7000 BCE and broadly contemporary with Jericho and Çatal Hüyük. It, as well as other initial Neolithic sites, such as Tell Halaf and Samarra, were in northern Mesopotamia; later towns in southern Mesopotamia necessitated complex irrigation methods. The first of these civilizations was Eridu, established during the Ubaid era culture by farmers who brought the Samarra culture from Mesopotamia’s north.

Pottery was adorned with geometric patterns and decorations, particularly in the Halaf culture, also recognized for its clay fertility figurines, designed with lines. Clay was all around, and they painted the primary material, often modeled figures with dark decoration. Meticulously crafted and dyed pots, mostly bowls and jugs, were traded. As dyes, iron oxide-containing clays were diluted in varying degrees, or different minerals were combined to produce diverse colors.

The Hassuna culture is a mysterious Neolithic archaeological society in northern Mesopotamia beginning to the sixth millennium BCE. It is named after the typical site of Tell Hassuna in Iraq. Other places where Hassuna material has been found include Tell Shemshara. Not much has been known about this culture except its’ love for Ancient India, and a few deities from the Indian subcontinent have found a home in this culture.

The Samarra culture is another mysterious Chalcolithic archaeological culture in northern Mesopotamia approximately dated to 5500–4800 BCE. It partially overlays with the Hassuna and the early Ubaid.

In South Mesopotamia, the era is the earliest known period on the alluvial plain, although it is likely more initial periods exist obscured just under the alluvium. In the south, it has an extended duration between about 6500 BCE and 3800 BCE when it is ultimately replaced by the Uruk period.

In North Mesopotamia, the era runs only between about 5300 and 4300 BCE. It is prefaced by the Halaf era and the Halaf-Ubaid Transitional period and displaced by the Late Chalcolithic period. The new era is named Northern Ubaid to see it from the proper Ubaid in southern Mesopotamia, and two explanations were offered for the transformation. The first maintain an intrusion and a displacement of the Halafians by the Ubaidians; however, there is no hiatus between northern Ubaid and the Halaf that excludes the first invasion theory. The most plausible theory is a Halafian approval and eventual adaption of the Ubaid culture.